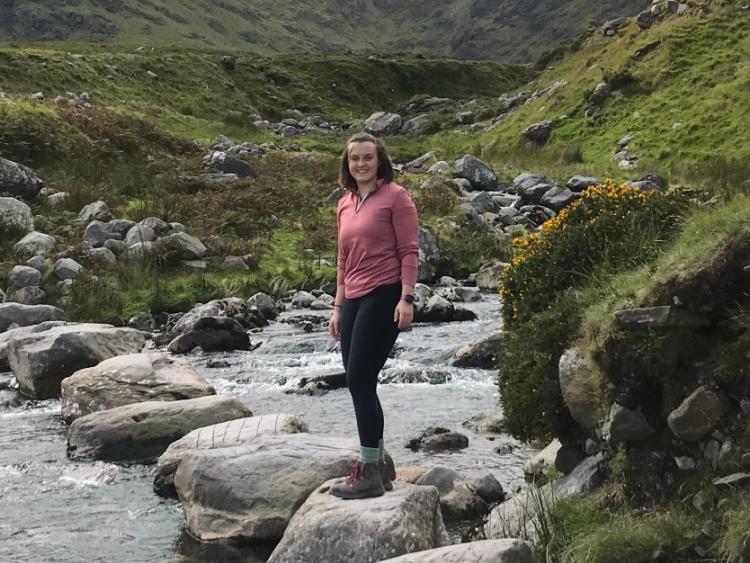 As Aoife’s story shows, diabetes is a condition that can be well managed with the right help, knowledge and support. While she has been determined not to let it slow her down, living with diabetes has not been without its challenges.

Thankfully, a healthcare technology has emerged to help her manage the condition and she is now more confident than ever.

Aoife was born and raised in Limerick City. She was a sporty teenager, “I had a particular passion for rowing, but was also an avid runner. I was training six or seven days a week, always ate a healthy balanced diet and I was in the ideal weight range.”

By every measure, Aoife was in the peak of physical condition when at the age of 20 she encountered a major challenge.

Seven years ago, Aoife embarked on a traditional rite of passage and spent a summer living and working in Boston. At the end of the summer, and feeling well, she and her boyfriend set out on the trip of a lifetime – a road trip around the North Eastern United States.

The trip took in Washington DC, New York and a venture to Niagara Falls.

“Over the course of the journey I was aware I was drinking a lot of water, but I put that down to the heat. I thought I was just being careful to avoid dehydration.”

But there were other symptoms too, Aoife knew she was losing weight and was starting to see this in her appearance. As she didn't feel particularly unwell however, she decided to wait until she got home before going to her GP.

“I arrived at Shannon Airport at 6.30 am and arrived home for a big Irish fry before heading to sleep.” This was the first time Aoife had eaten a large meal and the first time she had rested properly in weeks.

“When I woke up, I was extremely unwell, I thought it was just a stomach bug having eaten such a heavy meal the day before. Eventually my parents convinced me I had to go to A&E.”

In hospital, Aoife was diagnosed with ketoacidosis, a dangerous build-up of fatty acids in the blood that is caused by insufficient insulin. She was admitted to hospital where she stayed for almost a week.

Aoife was so unwell that she doesn’t remember when she first learned that she had been diagnosed with Type 1 diabetes. Diabetes is a chronic condition that occurs when blood glucose is too high.

Blood glucose is the body’s main source of energy and comes from the food we eat. Insulin, a hormone made by the pancreas, helps glucose from food get into our cells to be used for energy.

When bodies cannot use insulin well, or in Aoife’s case don’t make any insulin at all, too much glucose stays in the blood which can cause serious long-term health problems.

The next week, at a follow-up appointment, Aoife was told by healthcare staff that she would not be able to continue rowing for a while. “I didn’t want to let it impact my rowing and I was stubborn about that, I went back training that evening.

"I thought I was managing, particularly when I won at the Irish national rowing championships less than a year later. In hindsight, I realise what I was doing was not sustainable or healthy long term.”

Aoife recognises now, that despite her sporting success, it took her time to understand her condition. “I was letting myself go high in the hours leading up to exercise thinking the exercise would bring my blood sugar levels back in range.

"This is not a healthy way to manage diabetes. I was still very new to diabetes and had a lot to learn about it and the support system I needed”.

While the physical aspects of the condition were a challenge, there was a more frustrating

As a result of these challenges, Aoife fell out of the running habit. “I lost my confidence” she explains,

“I didn’t know how I could do a long-distance run. Testing blood glucose levels with the traditional finger prick device is not easy while out on a run and it is also hard to recognise the symptoms of going low.”

Then a friend and fellow runner introduced Aoife to the FreeStyle Libre flash glucose monitoring system.

Abbott’s FreeStyle Libre system allows people with diabetes to monitor their glucose levels anywhere₸ and anytime by wearing a sensor on the back of the upper arm, eliminating the need for routine finger pricks.

“The FreeStyle Libre system made me feel so much more confident” Aoife explained.

“I started using it in February last year and haven’t looked back. I can check while running and have confidence, thanks to the graphs and trends, I know exactly what is happening to my glucose levels.φ”

Aoife has since returned to running and is now running longer distances than ever before. She first completed a ten-mile run (16km) but didn’t stop there and recently completed her first ever half marathon (21km).

“Good diabetic management relies on the knowledge you have access to,” Aoife explains. “The FreeStyle Libre system offers me so much extra knowledge and insight into my diabetes management.

"Now when I challenge myself to achieve a sporting milestone, I can go about it in a much healthier way, one that is safer for my long-term health.”

Away from exercise, Aoife has experienced other benefits of the FreeStyle Libre system. Having experienced a number of night time lows, Aoife has found that the insights from the system’s glucose reports have helped her manage her levels better during sleep.

“Because of the graphs and ability to see data from the last 8 hours, I can see how my sugars react when I sleepφ. I've been able to modify my insulin and eating habits so that lows during the night, which wake me up and disturb my sleep, are far less frequent.

Similarly, I don't wake up with super high sugars that make me feel groggy even after a 'perfect' night’s sleep.

“Even if a low does wake me up at night, the system is so easy and simple to use I don't even need to take my head off my pillow once my reader is within arm’s reach†. This makes it so much easier to get back to sleep again.

“There is a huge level of mental support from having the FreeStyle Libre system and the confidence it provides,” says Aoife who feels that patient support could be better in Ireland. “It is also discrete because I am able to check my glucose levels with my phone or reader, even through my clothes .

"This has also made it easier to talk to colleagues, friends or family because people genuinely don't know what you are doing and aren't as scared to ask about it. It has sparked conversations that have helped the people around me understand diabetes better.”

Aoife feels the FreeStyle Libre system should be free for anyone who needs it. Despite being partly made in Ireland and used by more than 2 million people with diabetes1 across 50 countries, many Irish patients are unable to access this life-changing technology, because Ireland is the only country in the world that only reimburses the system for patients prescribed it before the age of 21.

“I was delighted when I first got the FreeStyle Libre system. I was lucky that I had a job and the job security that meant I was able to pay for it.”

Unfortunately for the friend who first recommended the device to Aoife, she had to return to finger prick tests for a spell.

For Aoife, who loathed carrying equipment everywhere she went, she says it is now “a treat to be able to walk around without a bag on my back and just a phone in my pocket†.

The FreeStyle Libre system takes some of the drama out of living with diabetes. I can now plan what I’ll need and when I’ll need it.”