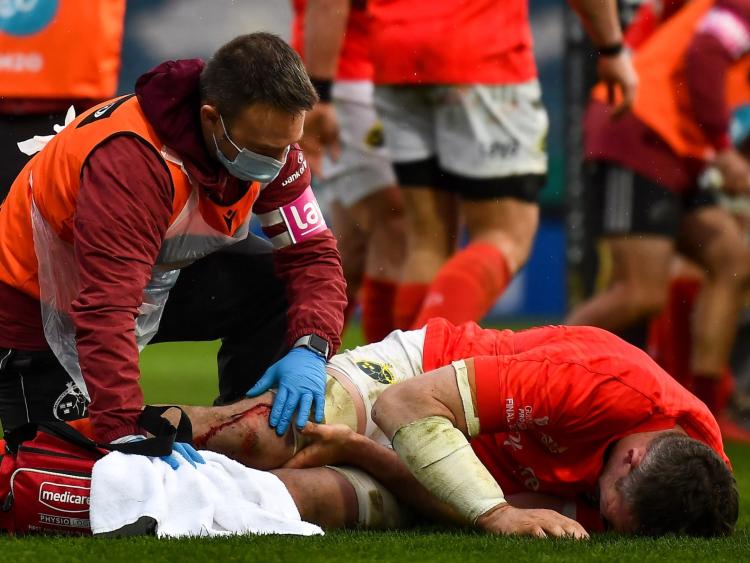 THE Munster Rugby squad started preparations at their High Performance Centre at UL this Tuesday morning ahead of Saturday’s mammoth Champions Cup last 16 tie against Toulouse at Thomond Park, 3pm.

Munster captain Peter O'Mahony will be assessed over the week after sustaining a 'deep laceration to his thigh' against Leinster and the province say the flanker's his availability will be determined later in the week.

Munster report good news for Dan Goggin as he has returned to training after recovering from a hand injury sustained against Benetton at the end of January.

Fineen Wycherley (neck) will progress his rehab this week and his availability will be determined later in the week.

Scrum-half Paddy Patterson has undergone surgery on his ankle injury and will begin rehabilitation under the care of the medical department.