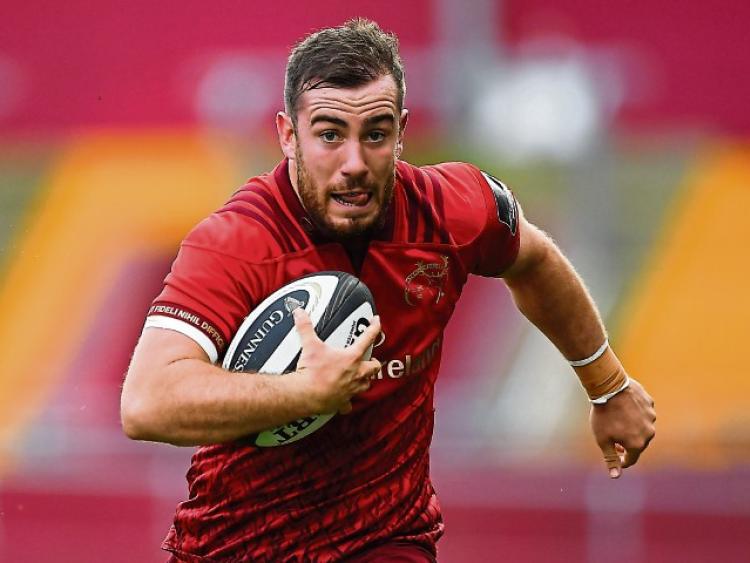 MUNSTER Rugby confirmed this Monday morning that out-half JJ Hanrahan will depart the province at the end of the season as he makes the move to Top 14 side Clermont Auvergne.

Twenty eight-year-old Hanrahan will join the French club on a two-year deal.

Hanrahan has made 140 appearances for Munster and has been a central figure in Johann van Grann’s squad since his return from Northampton Saints in 2017.

Earlier this season the French outfit saw the Kerry native at his best when he helped Munster secure victory at Stade Marcel Michelin in the second round of the Champions Cup. The out-half was 100% accurate off the tee and scored 24 points in the historic comeback.

Commenting on his departure JJ Hanrahan said: “It was difficult to hear the news regarding my future with Munster Rugby, however, it has been a dream come true and a privilege to represent my home province and wear the jersey for eight years.

“I have lifelong friends from this club, and I am very proud to represent the people of Munster and in particular the people of Kerry.

“Equally, I believe I am going to a club with very similar traditions and values in Clermont and it’s an opportunity I am extremely excited for.

“Currently my main focus is to give everything I have to the Munster jersey during my time left here in Ireland.”

Head Coach Johann van Graan said, “JJ is a fantastic player and has been a great servant to Munster Rugby.

“We’ve said from the beginning we want to retain all of our players but unfortunately the harsh realities of what’s happened over the past year have come to a head. Due to the challenges stemming from the Covid landscape we are not in a position to hold onto a player of JJ’s calibre, and we are sorry to see him go.

“While he has a fantastic opportunity ahead of him we still have a job to do here and we look forward to JJ successfully seeing out his time in the red jersey.”