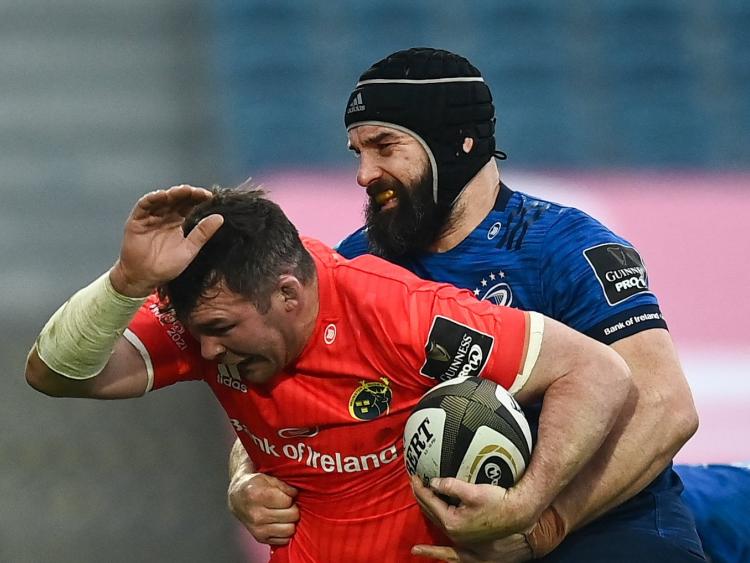 Munster's Peter O'Mahony is tackled by Scott Fardy, of Leinster, during the Guinness Pro14 final at the RDS on Saturday

MUNSTER Rugby will be hoping team captain Peter O'Mahony can recover from a leg injury in time to feature in their Heineken Champions Cup last 16 clash next weekend.

Flanker O'Mahony was forced off with a leg injury early in the second half of Munster's disappointing Guinness Pro14 final defeat to Leinster at the RDS on Saturday.

Should Munster overcome Toulouse next weekend, Johann van Graan's charges will be away to the winners of the Wasps v Clermont Auvergne tie in the quarter-finals on the following weekend.