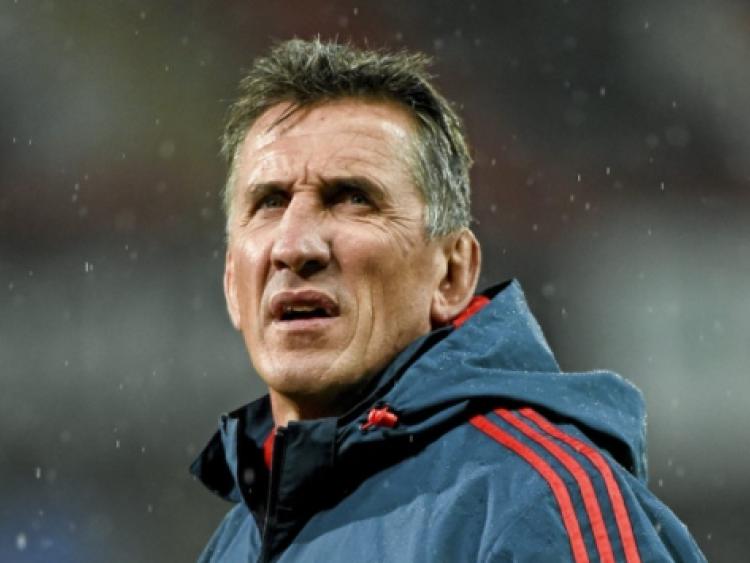 FORMER Munster head coach Rob Penney has been sacked from his role as head coach of Australian Super Rugby side, the NSW Waratahs.

The 'Tahs have confirmed that the club and New Zealander had parted ways, effective immediately, with the coach informed of the decision this morning.

Penney joined Munster as head coach in 2012, initially negotiating a two year deal with the option of a third year. However, Penney declined an offer to extend his stay.

He took the New Zealand U20s to a Junior World Championship Final in 2012, finishing runners up to South Africa, before moving to the Pro 14 with Munster.

A move to Japan would follow after his term with Munster with the NTT Communications in Japan’s Top League, securing play off appearances on two occasions.

Penney was then appointed as head coach of the New South Wales Waratahs for the 2020 season on a three-year-deal.

However, his term was cut short with this weekend's announcement that he has parted ways with the club.

The Waratahs’ suffered a record 46-14 loss to the Reds on Friday night, their fifth straight defeat to start their year.

In a statement, the Waratahs acknowledged that Penney has been coaching an inexperienced roster of players relative to the other states. However, following match reviews, the Board was not convinced there was enough significant improvement in the team to have him continue in the role.

NSW Waratahs CEO Paul Doorn thanked Penney for his contribution as head coach over the past two seasons.

“The decision to part ways with Penney was not taken lightly,” he said.

“Being the coach of the NSW Waratahs is one of the most high-profile and high-pressure roles in Australian rugby.

“Rob is extremely professional and has put a great deal of effort into the role. However, the on-field performances this season have not met expectations and we feel that, in the best interests of the Waratahs, now is the time to make a change.”

Doorn thanked Penney for his work in managing a new generation of players, many of whom will become household names for the Waratahs in the future.

NSW Waratahs Assistant Coaches Jason Gilmore and Chris Whitaker have been named as interim Head Coaches for the remainder of the 2021 season, allowing for a smooth transition for the players and staff.

The Waratahs have also announced they will shortly commence the search for a new Head Coach for the 2022 season.