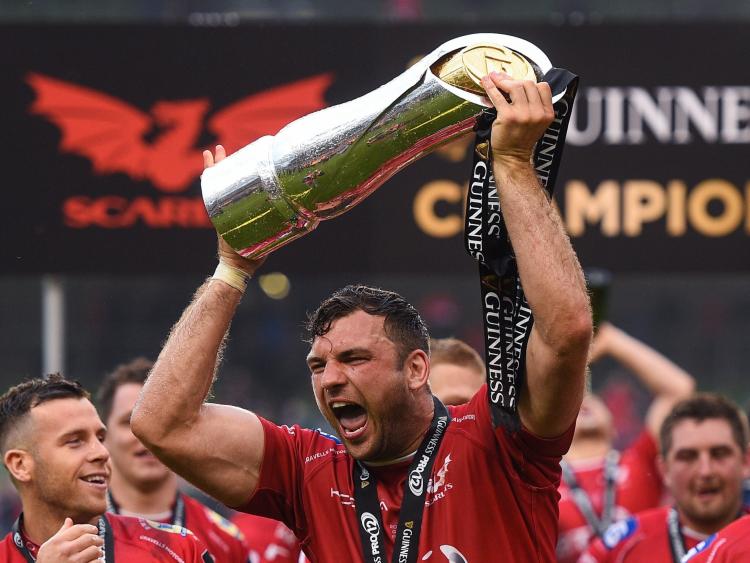 THE last time Munster appeared in a Guinness PRO14 final, Tadhg Beirne was one of their tormentor-in-chiefs as the Scarlets scored a comprehensive victory at the Aviva Stadium.

Beirne scored one of the Welsh region's four first half tries as they blitzed Munster 46-22 to claim a second PRO14 title.

Ireland international Beirne is now a key player in the Munster squad hoping to claim silverware for the first time in a decade when tackling arch rivals Leinster in the Guinness PRO14 final at the RDS this Saturday, 5pm.

Looking back on that Scarlets win four years ago, Beirne said that while expectations in Ireland were that Munster would win, in Wales it was a different story.

Beirne said: "If I think back, I think the Irish media had written off Scarlets pretty early, so I think we probably went in with an extra, I dunno, probably a lot of people were not expecting us to win that game back here.

"But back in Wales I think a lot of people were expecting us to win it, so it was a different vibe and I am not too sure where all your heads are at, but a lot of you (journalists) could already be writing us off because everyone has Leinster on that pedestal and we are quietly confident in here. We were backing ourselves and we feel like we will be able to get the win on Saturday."

Beirne said Munster players would be going out 'with all guns blazing' in a bid to claim the title for the first time in a decade.

"Look, there are a few lads in here who were involved in 2011, Keith (Earls) and Murrs maybe (Conor Murray), so it has been a long time coming for them.

"Then some lads have been played in a lot of semi-finals and finals and haven't won anything and then there is a lot of young lads who broke through in the last year or two who haven't been involved in any of that.

"It is a fresh game for them, so look, there are all different kinds of motivations there for different people, but everyone knows you don't get too many opportunities to play in a final.