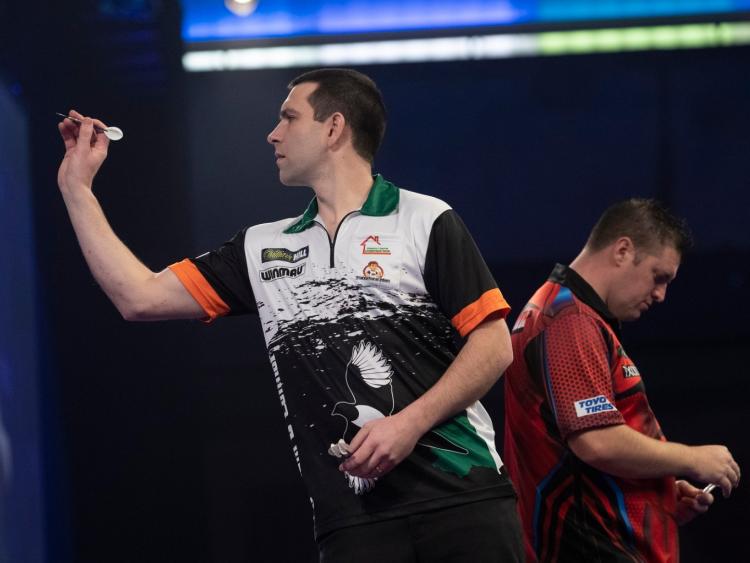 LIMERICK arrowsmith William O'Connor is among a field of 154 players competing in the 2021 Ladbrokes UK Open which takes place from this Friday to Sunday in Milton Keynes.

PDC Tour Card Holders will be joined by qualifiers from the Development Tour, Challenge Tour and Qualifying Schools Orders of Merit to compete for a stg£450,000 prize fund.

Thirty four-year-old Cappamore man O'Connor will enter the tournament at the third round stage on Friday afternoon.

A busy Friday afternoon session will see the opening three rounds take place, beginning with 26 round one fixtures, featuring Tour Card Holders ranked 97-122 in addition to the qualifiers.

O'Connor, nicknamed The Magpie' has a current PDC world ranking of 35.

The 32 third round winners will advance to Friday evening's fourth round, where Tour Card Holders ranked 1-32 enter the tournament, including the likes of reigning champion Michael van Gerwen and world number one Gerwyn Price.

The annual festival of darts is usually held at the Butlin's Minehead Resort in Somerset, but due to the ongoing situation will this year be staged at the Marshall Arena, Milton Keynes.