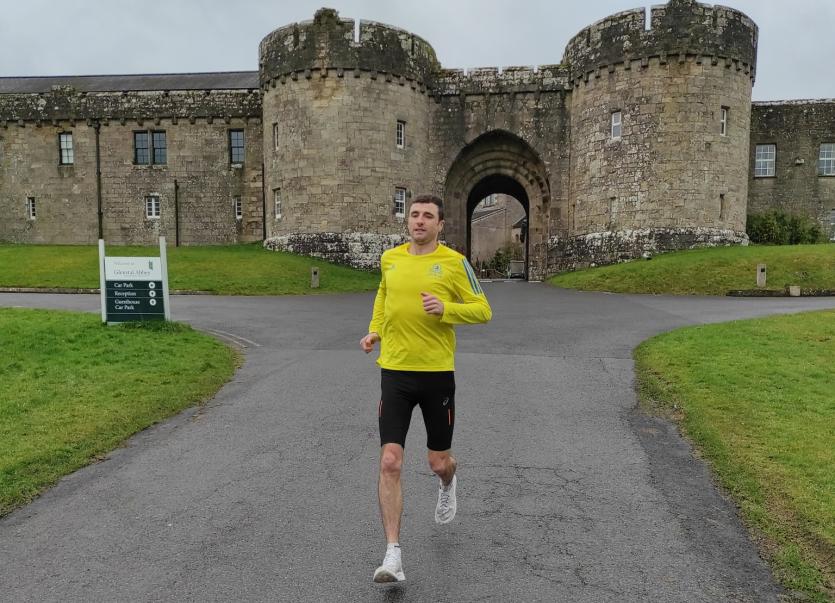 IT'S well-known that getting outdoors in nature can be good for people’s health and well-being, it has been found to help with mental health problems including anxiety and depression.

Add in the physiological benefits of improving our fitness, and lowering the risk of developing many long-term conditions, such as heart disease, diabetes and stroke.

It's something the planners in New York City understood when they decided to construct Central Park in Manhattan, an escape from the hustle and bustle of modern life and a chance to switch off.

Luckily enough, in Limerick we are surrounded by some wonderful trails in all corners of the county.

Back in 1690 when Limerick was in a different type of lock down, a siege from the Williamites, Patrick Sarsfield from his lofty position on King John's Castle looked onto those same summits and saw opportunity, his 70 mile adventure would go down in Limerick history.

Sarsfield's Ride, as it came to be known, is a popular route today with cyclists, starting at King John's Castle and finishing in Pallasgreen.

A short drive from the northside of the city, Cratloe Woods has long been a haven for runners and walkers alike, the Summit of Woodcook Hill with the characteristic 'Golf Ball' offers great views of the Shannon River and Limerick City.

To the Northeast, with equally stunning views, the summits of Moylussa and Tountinna offer scenic trails overlooking Lough Derg and the 60 foot millennium cross.

Not far from here, near Killaloe, Sarsfield and his troops crossed over into the Ballyhourigan woods, just a few kilometres from Newport. This trail offers an 8.5k route to the summit of Keeper Hill at 694 meters, the highest summit in the Shannon region with its distinctive twin masts.

From the starting point at the Doonane Carpark, there is also an alternative Trail at only 9k, the Ballyhourigan loop with only a moderate climb. It is a great place to walk or run surrounded by beech, larch, spruce, ash and pine tree's.

This trail also serves as the midpoint of The Slieve Felim Way, a 43k way marked trail starting in Murroe, Co Limerick and ending in the charming Silvermines village in Co Tipperary.

The 16k Glenstal loop in Murroe brings you on a journey around the Slieve Felim summits, where according to Irish mythology the Goddess Fodla tried to woo the invading Milesians to name the country after her. In the end they chose Eriu and the land went on to be called Eire.

Murroe also boasts the starting point of the Clare Glens trail, a 2k loop taking you through a sandstone gorge of majestic waterfalls and mythical forestry.

The highest summit in Limerick is Galtymore at 918m, sitting atop the mighty Galtee mountains. The most popular trail is the 13.5k horseshoe loop that takes you to the summit and back down around the stunning Lough Curra.

The Ballyhoura Area Bordering Limerick, Tipperary and Cork has some of the most diverse trails for walking, running or hiking.

It also boasts a Mountain Biking center in Ardpatrick and is popular with off road cyclists. In the west of Limerick, The Limerick Greenway links Rathkeale, Newcastle West and Abbeyfeale along the 39km Great Southern trail.

Curragh Chase in Kilcornan, has long been a popular escape for families over the years. It's rolling hills and lakes make up the annual 10k race route.

This is just a sample of some of the wonderful trails and mountains encompassing Limerick. Just like 1690, lockdowns will pass. So have the trail shoes ready, and the opportunity to sample the best trails around Limerick will come again. Limerickrunning can be followed on Facebook and youbtube.

Niall O’Riordan (An Brú) on 15:35 has overtaken Niall O’Callaghan to head the 5K leaderboard in the Adare 10K Virtual Run.

Paul Logan (Limerick AC) returned from scholarship in Providence College to win a third consecutive B.L.E. National Cross Country title in a row at Plassey. His time of 23:37 was 21 seconds better than Leevale’s Mark Carroll in second.