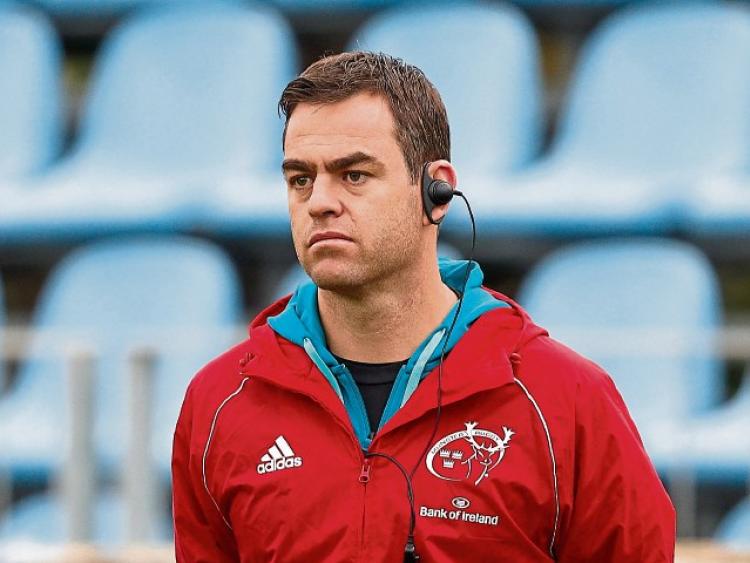 MUNSTER, fresh from their challenge fixture win over the Connacht Eagles on Friday in Galway, return to Guinness PRO14 action this Saturday evening.

Munster 'A' defeated the Connacht Eagles 16-7 in that warm-up fixture at the Sportsground.

Friday's game was arranged to give players game time ahead of their PRO14 meeting with Edinburgh at Murrayfield on this Saturday, February 20 (7.35pm).

Conference B table toppers Munster enjoy a 10-point advantage over second-placed Connacht in the PRO14 table at present.

Munster confirmed last week that Limerick centre Dan Goggin underwent surgery earlier this month for a hand injury sustained in the victory over Benetton at the end of January.

The centre will now undergo rehab with an expected return to play in 7-8 weeks.

Roman Salanoa, a late withdrawal from the Benetton Rugby game after suffering a back injury in the warm-up, was due to return to training last week.

There has also been positive news for prop James Cronin as he was set to join training last week after rehabbing a knee injury.

Following Saturday’s clash with Edinburgh in Murrayfield, Johnann van Graan's charges have a six-day turnaround before a Friday, February 26 meeting with Cardiff at the Arms Park, 8pm.

Munster will then play their first home fixture in six weeks when Conference B rivals Connacht visit Thomond Park on Friday, March 5, 7.35pm.