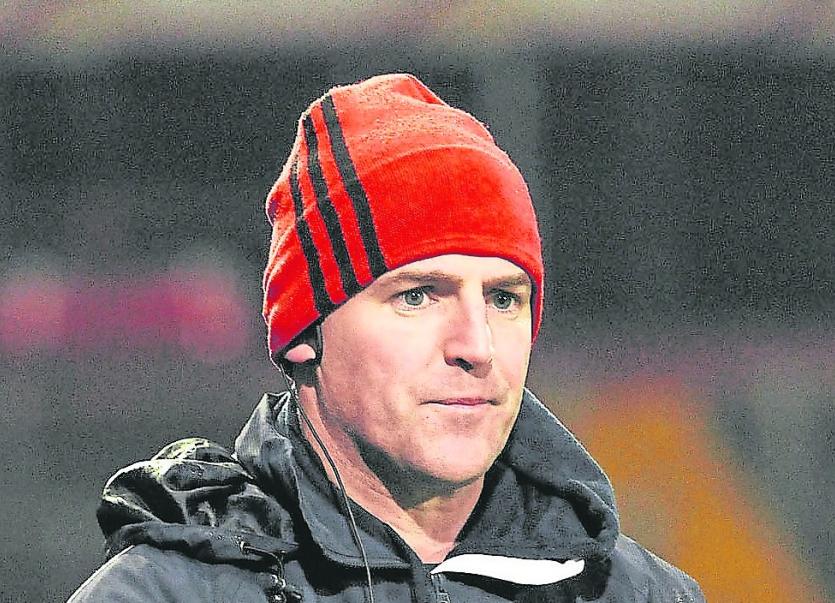 Could you sum up what the last 10 months been like for a club rugby coach?

GEARÓID PRENDERGAST: “It has been surreal. It has been challenging. I won't lie though, there has been some positives in there too from a personal perspective, but overall it has been very, very challenging.

“It is funny. I think back to the night we played Garryowen in a storm in late February of last year and afterwards talking about playing UCD two weeks later.

“Within that period, unfortunately Covid really took a stranglehold. The lockdown started in mid-March. It has really impacted on two rugby seasons unfortunately.

“From a Young Munster perspective it has been very disappointing because we had started to gain momentum when the lockdown came last season and we started this season very well.”

When is the last time you have been able to hold a collective training session?
GP: “Mentally it has been a real challenge. We tried to maintain contact with the players as best we can.

“We were back in September and October, the players really bought into it. Numbers were good, guys were glad to get back in and then obviously the second lockdown came, I can tell from speaking to players now it is hugely challenging.

“It is such a big part of our life. It is probably a bit of taking things for granted because you are so used to it, but when it is taken away from you, you really miss it because there is a big hole in your life.

“Our last collective training session was at the end of October, early November, just before second lockdown.

“There has been nothing since then. The club has been closed down, no access to facilities. The lads are doing their best at home with what they have.

How difficult has been it been for players?

GP: "I think massively. They are in an age cohort where they are used to being around each other. Of course social media plays a big part, so that connects them in a way. It is a huge part with that generation.

“At the same time, there is only so much social media you can go on and that only lasts for so long.

“That interaction in the dressing room, at the training ground, when you have good results, the buzz after games is fantastic. It is not the same with no crowds there, but everyone was a high after a couple of those wins at the start of the season.

“Those connections, meeting each other has stopped. People were open about it, saying they were finding it really hard. Touching base with them over Christmas you could tell they were really anxious to get back. But you have to be pragmatic.

“Hopefully we can get the numbers down as we might get some bit of a season at the end of the year.”

How long would players need to be back training before playing fixtures?

GP: “I think realistically we would need to be back training about a month before we play a competitive fixture, if not a little bit longer.

“You need to get a baseline level of fitness back up and you need to slowly start re-introducing contact. About 4 to 6 weeks, if you rush it you are likely to have issues with injuries, especially soft tissue issues.

"In my head I am thinking if the season needs to be extended a bit, I think it is quite possible.”

What was your reaction to the recent news that the All-Ireland League is being cancelled this season?

GP: “Obviously we are disappointed with the cancellation of the All-Ireland League but equally fully understand and support the decision given the present Covid-19 situation.

“Hopefully the Energia Community Series and Munster Senior Cup will be played out before the end of the season.”

When would you need to get back to collective training in order to get the Energia Community Series and Munster Senior Cup completed this season?

GP: “June would have to be the cut-off in terms of the season extension for playing games.

“If you take it you need a 4-6 week lead-in you are probably looking at needing to get started some time in March, early March for prep and then maybe starting competition by early April.

“You could utilise April, May and a bit of June to run those games off. You could be talking an 8-10 week period when competitive rugby would be played off.

“That 8-10 weeks would play a fundamental part in ensuring retention for the following season because whether you win, lose or draw you are back playing rugby, back in the environment, back in a positive mindset and playing rugby at a nice time of the year.

How much are you missing the coaching?

GP: “You get to spend time with the family, get to spend more time with my kids because I have a busy lifestyle, working in a job, a few nights a week at training.

“Outside of training there is so much to be done in being a head coach of a Division 1A All-Ireland League team, it is very, very busy.

“I am doing a Masters on top of that, so to be able to press the pause button for the past 12 months has been nice. At the same time, I would very strongly balance it by saying that I massively miss it.

“I miss working with the coaches, I miss most importantly working with the players, miss being down in the club. It's a club I have been involved in for a long time, I love it down there, love the comaraderie.

“We were in a good place when the season stopped, the environment was really good, so from a personal perspective I am really missing it.”