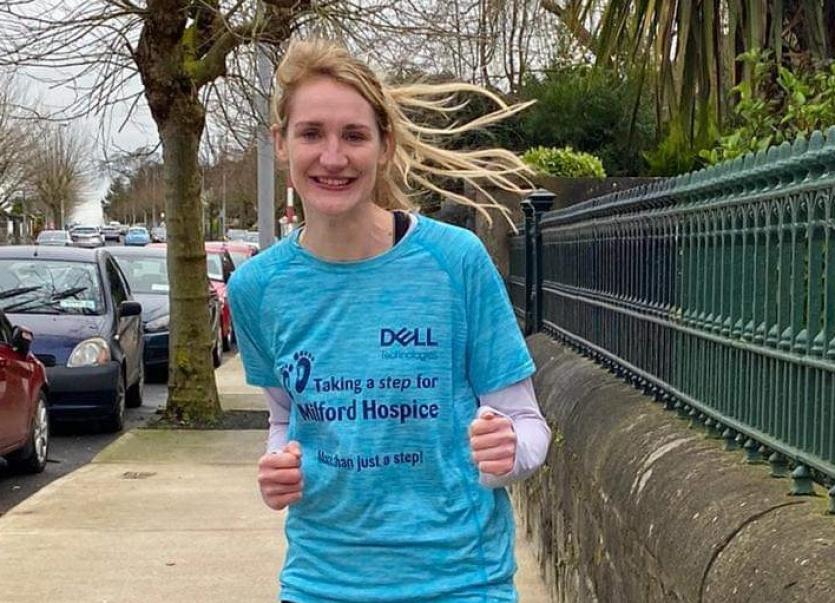 THERE was a large ‘virtual turnout’ for the 9th annual Milford Hospice 10k, from participants in the Mid-West, of Ireland and beyond.

Milford Hospice provide vital care in the region and well done to all who supported it last weekend.

ADARE 10K VIRTUAL RUN
BEST of luck to all taking part in the Adare 10K Virtual Run which takes place throughout the month of February.

Distances include 1,,2,5 and 10K with the ability to upload times. Entry is 10 Euro and there is the chance to win a Citizen Eco Drive watch with thanks to Cowpers Jewellers Newcastle West.

Dooneen AC – have come up with a novel way to keep it’s Juvenile athletes fitwant to see if Juvenile members can reach the Olympic Games in Tokyo which is 13726Km from Limerick.

Juveniles and their families are asked to start running, jogging, walking and skipping etc. At the end of each week all kilometres are added together in the hope of reaching Tokyo.

To date there has been a fantastic response and we’ve reached England, the Netherlands, Germany, Poland and Lithuania as part of the virtual journey… but still a long way to go! – Dooneen A.C.

A Burgerland/Limerick AC side managed by Paddy O’Connell were 11th in the European Club Cross Country Championships in the Algarve, Portugal.

Burgerland were National Champions but without Frank O’Mara and Mick O’Shea for this event. Neil Cusack wasn’t expected to travel either after an appendix operation.

The event was won outright by Dublin City Harriers.

A few weeks previous Burgerland/Limerick AC had dominated the County Senior 4 Mile Road Championships in Raheen Industrial Estate with Robert Costello winning in 19:08. He was followed in second by Richie Clifford (19:29) and by Tom Brouder in third (19:46) for West Limerick.

Burgerland/Limerick AC easily won the team contest with 36 pts followed by West Limerick on 53 and Reenavanna Harriers on 111.

Siobhán McCormack took the women’s 2 mile event in 11:53 followed closely by Deirdre Barrett in 11:58 and C. McNamara 12:08. All represented Burgerland who took the team title on 13 pts with West Limerick second on 25.

Eight West Limerick athletes ran the 17 miles from Abbeyfeale to Rathfredagh Cheshire home to help fundraise for a new roof. Several others walked and they included Donal Leahy, Denis Ambrose,

JANUARY 1963
The rearranged Limerick Junior Cross country championships went ahead on the roads of Herbertstown due to a still frozen course.

It was won by Frank O’Connell of Regional AC. followed in second by Noel Enright (Limerick AC) and in third by J.J. King of Tournafulla.

Limerick AC won the team contest with 41 pts, with Tournafulla second on 84, Laught were third on 106 with Redgate from Clare, at that time competing in Limerick fourth on 211.

It’s worth noting that Junior was until 1968 an adult grade.