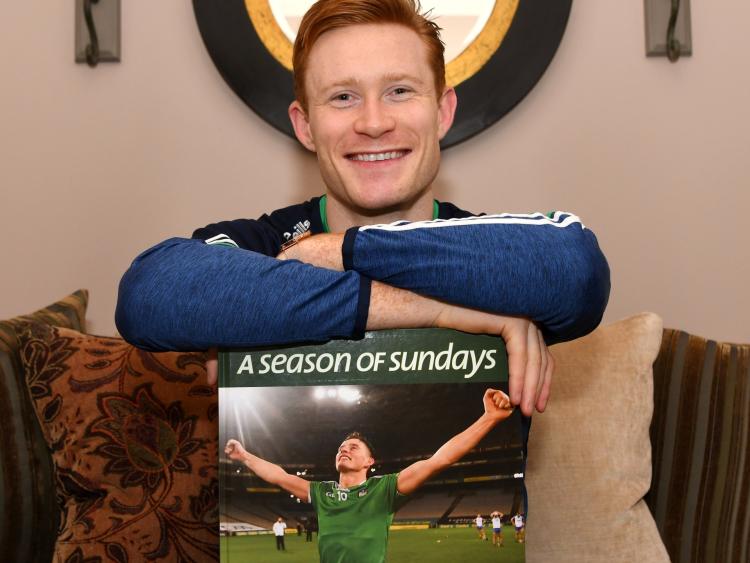 Na Piarsaigh and Limerick hurler William O’Donoghue at the launch of Sportsfile’s 2020 edition of A Season of Sundays Picture: Diarmuid Greene

LIMERICK All-Ireland winning midfielder William O'Donoghue has revealed he is enjoying the down time in the wake of their Liam MacCarthy success and is in no hurry to resume inter-county training.

There is uncertainty at the moment over when inter-county GAA action will begin owing to the on-going Covid-19 pandemic.

However, it is possible that inter-county teams will be allowed return to collective training on March 5.

O'Donoghue said: “I’m just taking the break, not really worrying about when we’re going back, or what it’s going to look like.

“We got a season in last year when it looked like we mightn’t get anything, so there will be a season, it is going to happen, and can probably assume it will resume on March 5, so I just plan on taking the downtime, and relaxing.

It’s still only six weeks from the All-Ireland, in professional sport they might get eight, 10 weeks off in the summer.

“So there’s nothing wrong with us taking a break, maybe focus on injury prevention. But the return date will come, and once it does you need to be ready.”

O’Donoghue said: “He’s been there over a decade — an incredible servant to Limerick hurling.

“When a lot of us probably first came into the panel, Tom Condon was there and he would have moulded a lot of the values in the dressing room and would have driven standards, just a fantastic guy to be around.

“I know a lot of us would have looked up to Tom.

“Back in 2013 and years like that, a lot of us would have been in the terraces or stands and we would have looked up to Tom, so it was fantastic to get to play alongside him for as long as I did.”

William O’Donoghue was speaking at the launch of Sportsfile’s 2020 edition of “A Season of Sundays, which is available now on www.sportsfile.com and from bookshops nationwide and is priced at €27.95