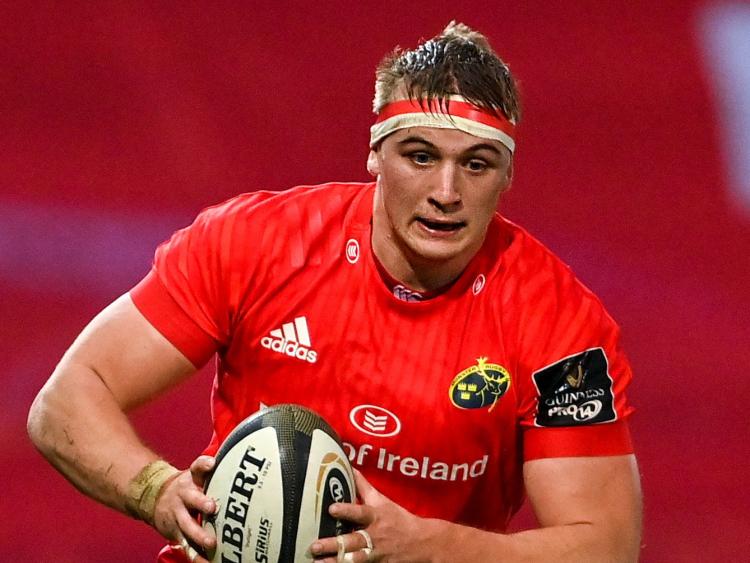 MUNSTER back-row Gavin Coombes has been called up to train with Ireland's Six Nations squad preparing for Sunday's opening round fixture with Wales.

Coombes has been rewarded for his eye-catching season with his call-up to Andy Farrell's squad.

There are now 11 Munster players involved with Ireland's Six Nations squad preparing for Sunday's fixture with Wales at the Principality Stadium, 3pm.

The IRFU confirmed this Tuesday that Coombes and Leinster lock Ryan Baird will train with the Ireland squad this week.

It has also been confirmed that Caelan Doris and Quinn Roux have returned to their respective Provinces for further medical assessment. Doris has flagged some symptoms that could be associated with concussion and has returned to Leinster to allow his symptoms to be appropriately assessed and investigated.

Roux has a neck complaint that has not settled so he has returned to Connacht.

The Ireland squad will train at the IRFU High Performance centre today as they continue their preparations for the start of the Guinness Six Nations.