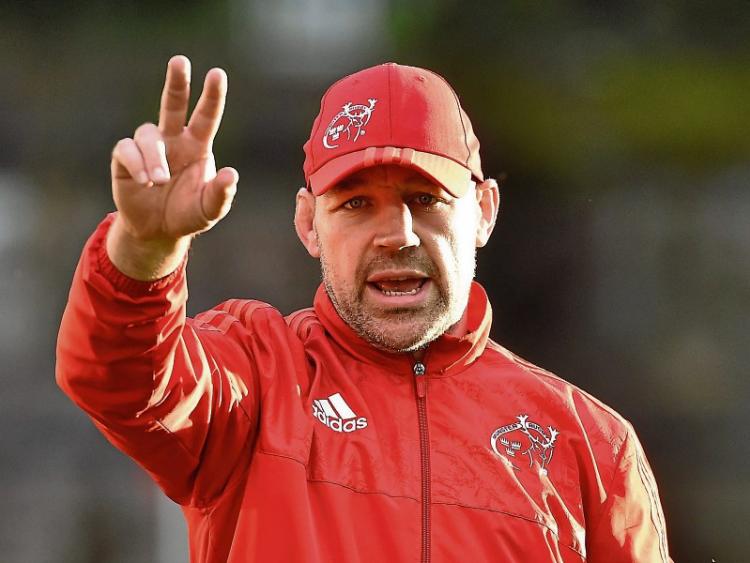 Munster Rugby has confirmed that Peter Malone has moved on from his role of Elite Player Development Manager with the province.

MUNSTER Rugby today confirmed that Peter Malone has decided to move on from his role as Elite Player Development Manager with the province.

In a post on their website, Munster Rugby say 40-year-old Limerick man Malone, who was involved with Bruff RFC and Garryowen FC, had 'dedicated a huge part of his life to rugby having worked with the IRFU since 2012 and has been involved in so much of Irish and Munster Rugby’s success during that time.'

"The number and quality of players currently in the Munster Senior squad is testament to the valuable contribution that Peter has made over his period as manager of the Munster Rugby Academy.

"Many of the current Munster senior squad have come through under the direction and supervision of Peter while leading the academy. Players such as James Cronin, Jack O’Donoghue, Rory Scannell, Fineen Wycherley, Shane Daly, Craig Casey, Ben Healy and many more."

The IRFU and Munster Rugby have extended their best wishes to Peter in his future career.

He played club rugby with Bruff RFC, where he was also player/coach when the club won the Munster Senior Cup for the first time in 2010/11, as well as lining out for Garryowen FC where he was club captain.