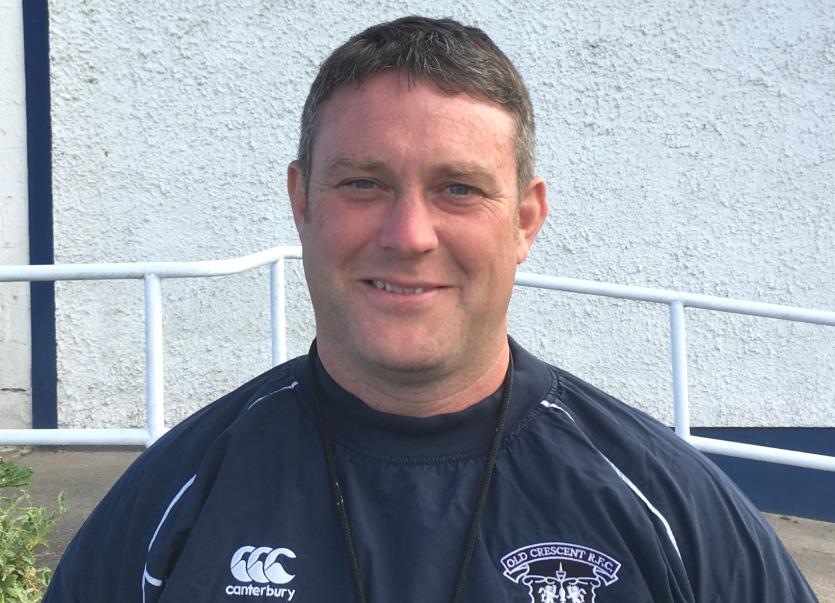 What has the last 10 months been like for a club rugby coach?

Matt Brown: “Very strange. I'm thankful that we at least got some games, lucky that we were able to keep engagement up until Christmas with the players, then the massive uncertainty for the future.

“I'm hoping that we maybe get a couple of games to finish off the season, but obviously people’s safety comes first.”

When did you last hold a group training session?

MB: “We finished up just before Christmas with the players although that was operating in pods of 15.
“Prior to that, a full session would have been the week of our last game against UCC. The schools were able to keep going in pods a little later though, but we stopped following the last announcement.

Have your squad members been training on their own with fitness programmes from the club, etc with a view to going back playing this season?

MB: “We have left the players off since Christmas and the coaches met virtually recently to make a contingency in case rugby does come back.

“We decided to leave off any formal sessions for January but some players will do there own thing anyway. The coaches would stay in touch via Zoom and we are planning a Zoom call with the squad towards the end of January.

“Hopefully we can look to send out some individual sessions throughout February if we don’t get to go back on pitch.”

Do you hold Zoom meetings, WhatsApp, etc, to keep in touch with each other?

MB: “Zoom and WhatsApp are usually very active but we decided to leave things over Christmas and the start of January.
“There would be individual contact and check-ins going on though.”

Have you had feedback from players on how difficult this period of no games & training has been on them, physically, mentally, etc?

MB: “No direct feedback, but we tried to address it in advance which is why we are planning contact and social activities over Zoom. Different challenges or group activities that people can do individually and the come together online.

How long would your team need to be back training before playing a competitive fixture?

MB: “I think the general consensus is four weeks, two weeks to prepare and two more weeks to get closer to full games.”

How well did you think the new Community Series competition was working for your side last autumn before it ceased?

MB: “We were happy how it turned out. It was great to compete with the best teams. Hopefully lessons learned, but taking away competition, although necessary, probably wouldn’t be the ideal scenario.”

Do you think the AIL can be played this season at this stage? Would it be better to concentrate on finishing the Community Series competition as it is run on a provincial basis?

How much have you missed putting on a track suit for training sessions a couple of nights a week as well as playing games at weekends?

MB: “It has been very tough. Both my jobs are rugby-related, so between playing restrictions and now training restrictions, its led me personally to have to try new things to get by.

“Not getting on the pitch is very hard, as you miss everything about the game. The competition, the laughs, the ups and downs of winning and losing.

“However it’s important to put it in to perspective when so many people are struggling and are affected much more than people just missing the game of rugby.”

Would you be concerned that players will give up playing rugby as a result of the pandemic, perhaps seconds and thirds players if not first team?

MB: “There would be concerns. But from my personal experience has been that people are desperate to get out and when people have been given the opportunity they are taking it. I’d be hopeful that when the chance arises to play again, lads will be mad to get out.”

Do you think that players coming out of school, who may have gone on to play U20s, might be more inclined to give up playing rugby now?

MB: “I think that remains to be seen. I think once a plan is in place, we can look about how we can facilitate an environment that suits.

“But I think people might be happy to get out again when things loosen up.”

What impact has the lack of activity had on rugby clubs, financially and from a recruitment point of view?

MB: “I think all clubs are feeling a pinch financially. It can’t be easy to generate revenues during a lockdown.

“I think people have to think outside the box too, maybe the players and supporters could come up with new initiatives to help the club .

“From a recruitment point of view, it’s very hard to talk to guys with no plan. We normally wouldn’t be talking to schools players until after Leaving Certificate anyway, and then with senior players we don’t really have anything to say until we know what is happening. I think the big focus would be on retaining what we have first of all.”

Has the pandemic with all the public health issues, the impact on businesses, jobs, etc, made you look at rugby in a different light and with a different perspective?

MB: “In some ways yes. Peoples' health has to come first and certainly rugby and sport will be down the priority list compared to that.

“However, I do think this whole thing has highlighted the positives of sport and especially team sport as a social outlet, alongside the physical benefits and sport could be a great relief from all the negative things going on currently.”

When will we get to a stage that time will have to be called on this season and planning begins to restart next autumn for 2021/2022?

MB: “I think we are at that stage now. Maybe a few community fixtures or friendlies to finish the season and then a clear lead-in and plan to the following season."