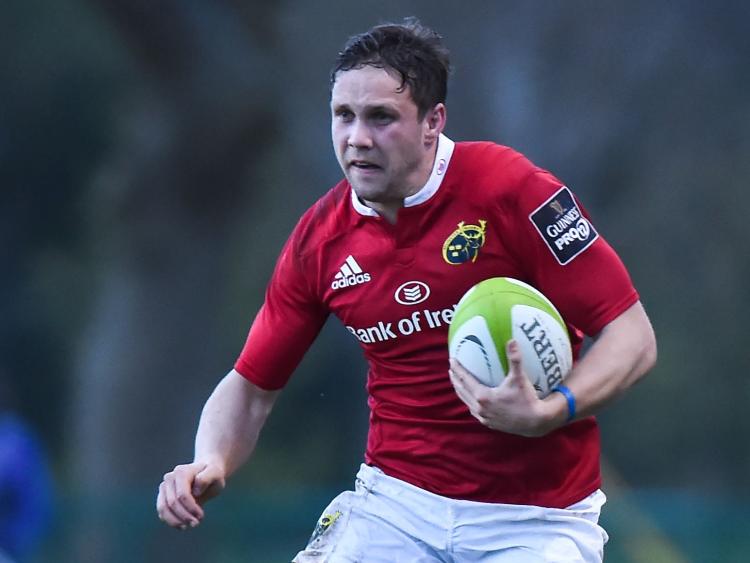 THREE former Munster players played key roles as Ealing Trailfinders scored a thrilling 27-26 victory over Saracens in the opening round of the new Trailfinders Challenge Cup.

Former Garryowen and Munster utility back David Johnston, started the game at full-back for Ealing in their thrilling home win over the three-time Heineken Cup winners.

Johnston made 10 appearances for Munster in the Guinness Pro12, before joining Ealing for the 2018/2019 season.

A product of the Munster Rugby Academy, Johnston made his PRO12 debut for Munster when starting against Treviso in Musgrave Park in September 2015. The former Rockwell College star was also nominated for Academy Player of the Year.

Clonmel native Johnston then advanced to Munster's senior squad, signing a development contract for season 2016/17 and a full contract for 2017/18.

Ex-Munster centre Pat Howard lined out at number 12 for Ealing in their victory over Sarries yesterday.

He went on to make nine appearances for Munster before returning to Western Province in February 2015.

Buckley joined Nottingham Rugby from Munster prior to the start of the the 2016/2017 season, before moving to Ealing in the summer of 2019.

Buckley was named Munster Academy Player of the Year in 2014.

A former Ireland Under-20 international, Buckley made his Munster A British and Irish Cup debut against Moseley in December 2011, before making his senior competitive debut against Edinburgh at Thomond Park in the PRO12, in September 2014.

The Trailfinders Challegne Cup is a round-robin tournament which serves as a warm-up to the 2021 Greene King IPA Championship campaign.

This was Sarries' first match since their relegation from the Premiership. It was Ealing's first competitive fixture for 323 days.

Saracens fielded a side minus all of their England stars with the exception of Billy Vunipola, who started at No 8 and had national team head coach Eddie Jones keeping watch on his performance.