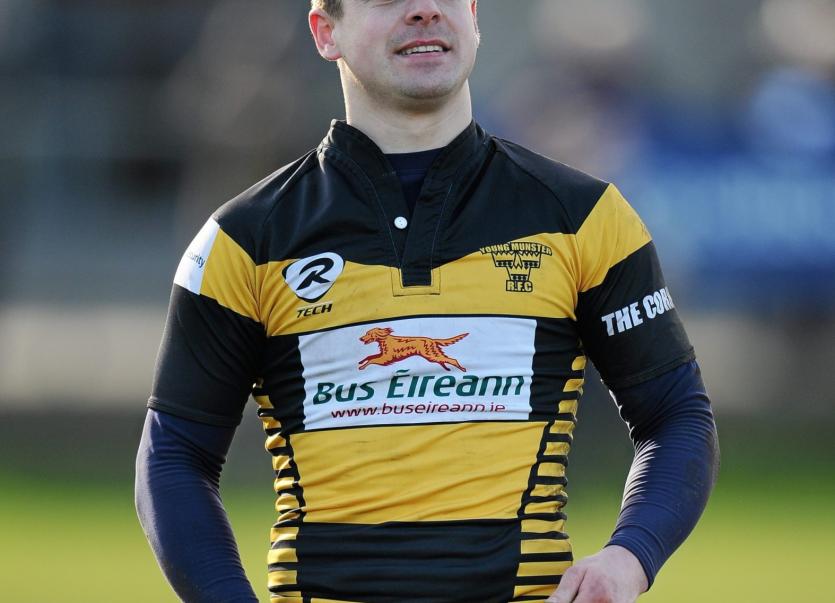 The Welsh region's academy welcomed Kingsley to their coaching team this week, with the former talented playmaker appointed as a kicking consultant.

In his playing days, Alan Kingsley progressed through the Leinster age grade teams to become a stand out club player joining Young Munster and Garryowen, where he was selected 7 times for Ireland Club XV.

Kingsley won an AlI-Ireland League Division 1 title with Garryowen in 2007 before switching to city rivals Young Munster a couple of seasons later.

With Munsters’, Laois native Kingsley went on to reach an  an AIL semi-final in 2011.

Later, talented footballer Kingsley accepted an invitation to play with the University of Western Australia in Perth.

Ex-Navan, Western Force and Leinster academy coach Kinglsey has replaced former Cardiff Blues outside half Nick MacLeod in the role, starting his duties earlier this week.

Kingsley also works in a similar consultancy capacity with Dragons and Biarritz Olympique, and will primarily work on individual skills with Cardiff Blues academy backs.

Kingsley’s first coaching experience came while playing for Perth Spirit in western Australia. He became a kicking and skills coach with the Super Rugby outfit’s academy, and spent time working with the likes of Ryan Louwrens, James O’Connor and Nick Cummings.

Upon his return to Ireland, he became both a head coach and a director of rugby with All-Ireland League side, Navan, and also linked up with the Leinster academy.

The kicking specialist worked closely with Leinster’s under-19 side in particular, at a time when the likes of Jordan Larmour, Harry Byrne and Ciaran Frawley were coming through the system.

He now embarks on his third season in Wales, having initially been brought over by Bernard Jackman to work with Dragons.

Kingsley is delighted to have the opportunity to link up with the Cardiff Blues academy and is already excited to work with the next generation of talent at Wales’ Capital Region.

“Having been involved with Dragons for the last number of years, we keep an eye on the age grade games and seeing how is coming through and there seems to be a good conveyor belt of talent coming through both regions.

“It’s really exciting to get the opportunity to work closely with some of the younger players at Cardiff Blues and try to bring on their skills around kicking.

“It’s really exciting and it’s always an honour to be involved with massive clubs. Cardiff Blues are a huge name and are a very competitive in both Europe and the PRO14. It’s really nice to be around the system.

“There are good, young coaches here and I’ve already been introduced to the backroom staff here. I’ve only done one session so far but over the next few weeks and months it will be nice to knock ideas between each other and I’m looking forward to growing those relationships.”

“We’re all very young in our coaching journey and have some fresh ideas. There will be some learnings along the way and it’s great to share the journey with these ambitious, young coaches while learning from the older and more experienced coaches that we get to observe.”