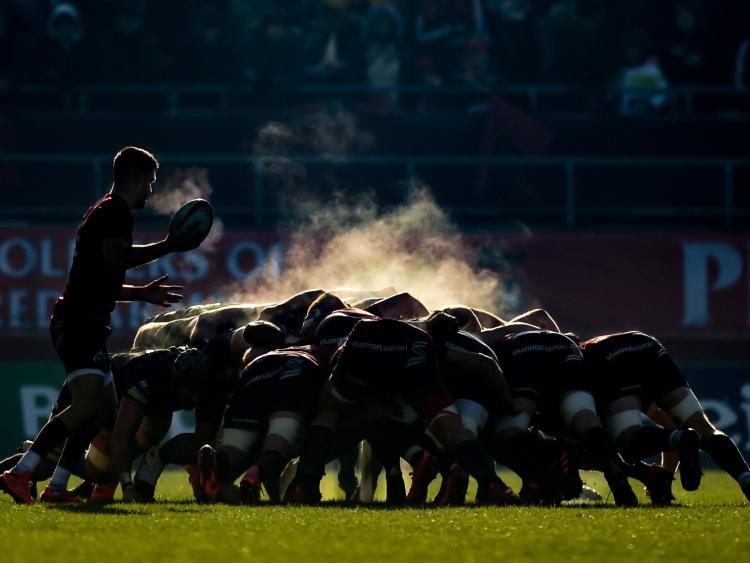 MUNSTER senior coach Stephen Larkham believes that the suspension of club rugby fixtures due to the Covid-19 pandemic will have a major impact on the development of the province's young players.

Larkham says the province's young players need to play competitive rugby in order to develop and push on in order to secure a senior contract. Domestic rugby fixtures have been suspended for almost three months now.

The IRFU, following clarity from government, suspended the Energia Community Series in all four provinces, in mid-October.

The Government of Ireland had removed the exemption for club championship matches from Level 3 of their Plan for Living with Covid-19. The Energia Community Series is not exempt from Level 3 training and match restrictions.

Stephen Larkham said: “It's an ongoing issue, it's not just at the moment. We're trying to address it at the moment in terms of organising A fixtures to get game-time into those players.

“But it's the same at the start of every season. For me, we need more of those games, more of the A games and certainly club rugby so we can keep fitness up in the players and also develop the players.

“The worst thing is - not necessarily for the senior players - for the academy players, the NTS (National Talent squads) players, club players, they need to play club rugby. They need to play rugby to develop and to get the opportunities to push forward for a senior contract.

“We've got our own battle to get those A games, but this is going to hurt us in the long run, in terms of development of players.

“When we talk about our academy intake, or potential players that could be signed for Munster, there's a number of those players who just aren't getting an opportunity to play and therefore not developing their game.”