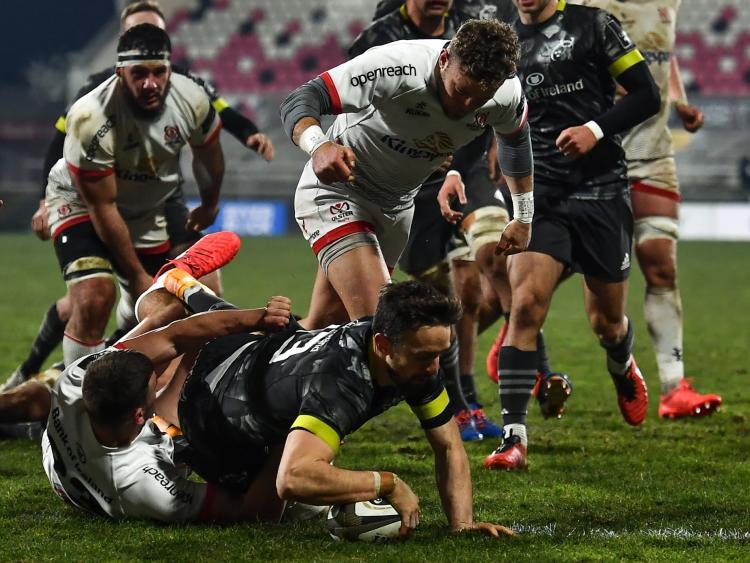 MUNSTER secured a last gasp losing bonus point, but lost their unbeaten start to the season when Ulster emerged victorious in their Guinness PRO14 interprovincial derby in Belfast on Saturday night.

A much-changed Munster side had their hopes of making it 10 straight wins in all competitions this season ended by their hosts who remain unbeaten in the PRO14 this term.

The result sees Munster's lead at the top of Conference B of the PRO14 cut to just eight points following Connacht's thrilling bonus point success over Leinster at the RDS later on Saturday night.

Munster travel to Galway to face Connacht at the Sportground next Saturday, 7.35pm, in a mouth-watering top-of-the-table Conference B clash.

Following his side's loss to Ulster at Kingspan Stadiun, Munster head coach Johann van Graan said:  "Very pleased about the fight-back but very disappointed to lose. We came here to win and I believe that squad in there was good enough to win, so (I'm) disappointed with that.

"A bit of accuracy (was the difference). I felt Ulster started well, we didn't handle that first kick-off very well and they got some momentum with that scrum free-kick against us.

"That gave them an 'in', we knew we just needed to stay in the fight and, like I said, incredibly disappointed to lose there 15-10. We'll take the bonus point, but we came here to win."