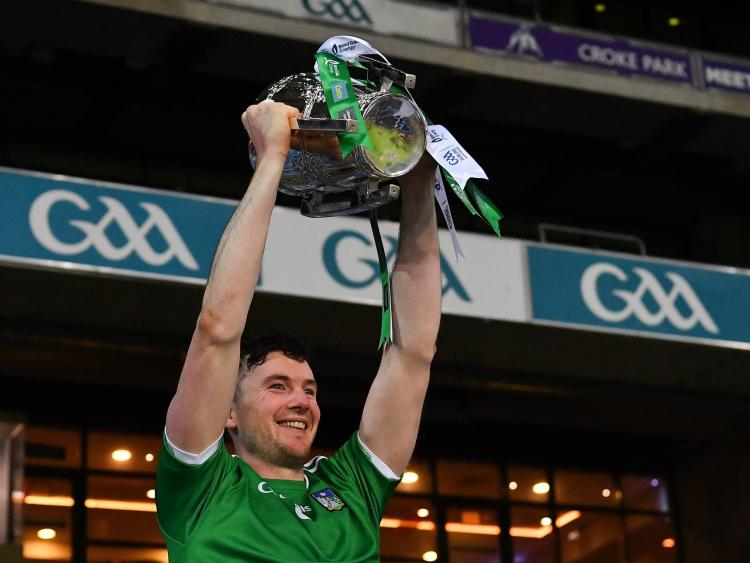 JOHN Kiely’s Limerick senior hurlers just love to break down barriers and 2020 was no different, albeit all done under the very different Covid-19 guidelines.

Quite simply we are living through a golden age for Limerick hurling.

A feat not achieved by anyone since Tipperary in 1961.
Not since the 1930s had Limerick played senior championship hurling in Croke Park in three successive seasons.

Indeed the semi final outing was the first time ever that Limerick played in a national championship semi-final three years-in-a-row.

That November 15 title win in Semple Stadium ensured that under the guidance of John Kiely, the Limerick hurlers had annexed five major trophies since the Liam McCarthy Cup famine ended in August 2018 – two Munster SHC, two Allianz League, an All-Ireland SHC, while also two Munster League and a Fenway Classic trophies have also been lifted.

It's a 21st ever Munster SHC title for Limerick and while they weren’t at their best, they found a way to edge to victory. In a robust final, Limerick had eight different scorers and hit 10 wides in what was just the fifth ever goal-less Munster SHC final.

“We are delighted to have won a second Munster title - it’s a long time since 1981 so hopefully we can build on it. It took us a long time to get back to this point from when we were last there,” said John Kiely.

The Munster SHC title came with wins over Clare, Tipperary and Waterford - all behind closed doors.
On October 25, the Limerick-Clare Shannonside derby was a most unusual affair – it doubled up as a Munster SHC quarter final and an Allianz Hurling League final.

The 0-36 winning scored by the men in green is the biggest number of points ever scored in championship hurling by Limerick. Indeed it's second only to the 40-points scored by Cork in defeat of Westmeath last season.

So victory secured a 13th ever league title - first back-to-back league titles since 1984-85. The first time since the 1930’s that Limerick have won national titles in three successive seasons.

In terms of championship, this 10-point victory ensured Limerick have now won successive championship games against Clare for the first time since 1990-91.

"I am glad that we actually saw out the deal and took that league title. We spent nine years in 1B, languishing and blaming everything and anything bar the fact that we just couldn’t get out of there," recalled John Kiely.

“We’ve always put a lot of stead on the league since we came together as a group and for us to win back-to-back titles is a significant achievement nonetheless regardless of the manner in which it finished. It’s still going to be Limerick 2019, Limerick 2020 and that’s all that really matters, isn’t it?”

On they rolled to a November 29 All-Ireland SHC semi final with Galway.

Just like two years ago there was a lengthy spell of injury time and Galway were within a single score.
But John Kiely’s men held their nerve to return to a second final in three years.

There were nine signaled minutes of injury time and four minutes had lapsed when Galway levelled the game, 0-23 each, for the fifth time. But Limerick found four of the last five points to book a December 13 final spot against Waterford.

This repeat of the 2018 All-Ireland served up 51 scores across 17 different players. Crucially Limerick hit 20 points from play – double that of the men in maroon who were led by a 12-point return from Joe Canning placed balls.

Limerick also hit 16 wides from nine players and for the third time in four 2020 championship games failed to score a goal.

This was a semi final in Croke Park that brought former inter-county team-mates into opposition along the sideline – John Kiely versus Shane O’Neill.

So onto the first December All-Ireland hurling final since 1924.

Not since 1934-’36 was Liam MacCarthy won by Limerick in such quick succession – Limerick are nine time champions across 133 All-Ireland championships and have now won two by this remarkable group under John Kiely’s tutelage.

Limerick led from start to finish, bar two minutes when level early in the first half. It was a swashbuckling Limerick display that returned 24-points from play across nine players, compared to just eight points in total from play for Waterford.

In just the third ever goalless final, across the Croke Park pitch, Limerick dominated but on the scoresheet they were led by seven points by Gearoid Hegarty and five from fellow wing forward Tom Morrissey.

“We had obviously very high expectations of ourselves in terms of how hard we wanted to work on the day and I think the players delivered on that in spades - they worked really hard from start to finish right across the pitch.

It was a very defiant performance - whatever was fired at the boys they found a way to cope with it and going forward I think we showed fantastic teamwork in terms of our support running and lines of running and creating wave after wave of attacks,” outlined the proud manager.

“It’s just reward for this group - they have great inner belief and a great togetherness about them and an appetite for work consistently and we saw that out of that pitch maybe more than anything else today,” said Kiely on the steps of the Hogan Stand.