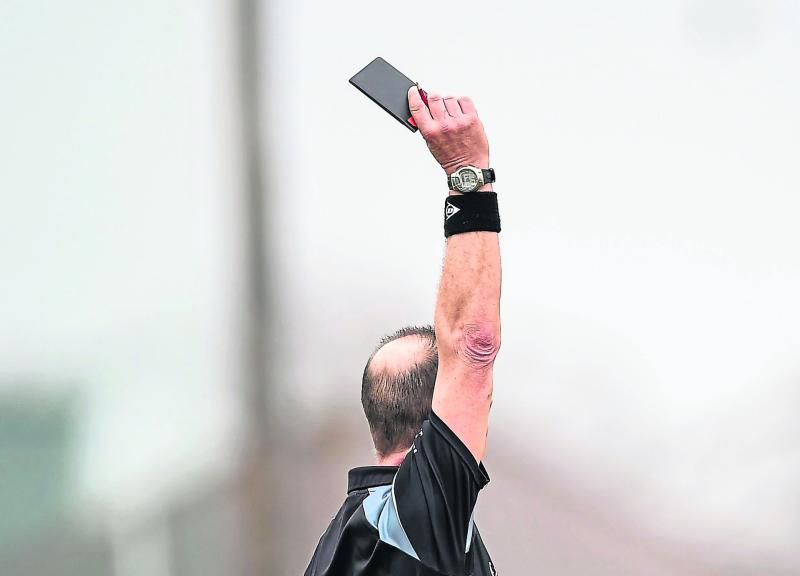 A referee brandishes a black card

THE curtain came down on a senior inter-county GAA season like no other last month and what an achievement it was to get it finished.

When the inter-county action began in late autumn, there were questions over whether it would be completed due to the Coronavirus pandemic.

However, the games various championships were completed, with the games providing some badly needed distraction on both Saturdays and Sundays through the dark months of November and December.

Watching numerous games in the hurling championships at minor, U20 and senior level in recent years it is obvious that a significant rule change is needed.

And the reason? To stop those teams holding a lead late on in games from cynically fouling their opponents who have created a goal-scoring opportunity.

Players are happy to take a yellow card late on in games rather than run the risk of a goal being scored if they opt not to haul their opposition player down.

Indeed, players on teams defending a lead, can take it in turns, if not already on a yellow card, to commit cynical fouls in order to prevent the opposition from scoring goal.

The question is whether the introduction of a black card where a player is forced to leave the field for 10 minutes is sufficient punishment for a player who commits a cynical foul to prevent a goal being scored.

Going down to 14 players for the final minute or two of a game when holding a two or three point advantage, for example, is not going to players from engaging in cynical fouling.

If the foul is committed, say inside the 45m line, a penalty should also be awarded to the attacking team. The possibility of conceding a goal would quickly deter the defending side from engaging in such cynical fouling.

Will we see a black card in hurling? Time will tell.