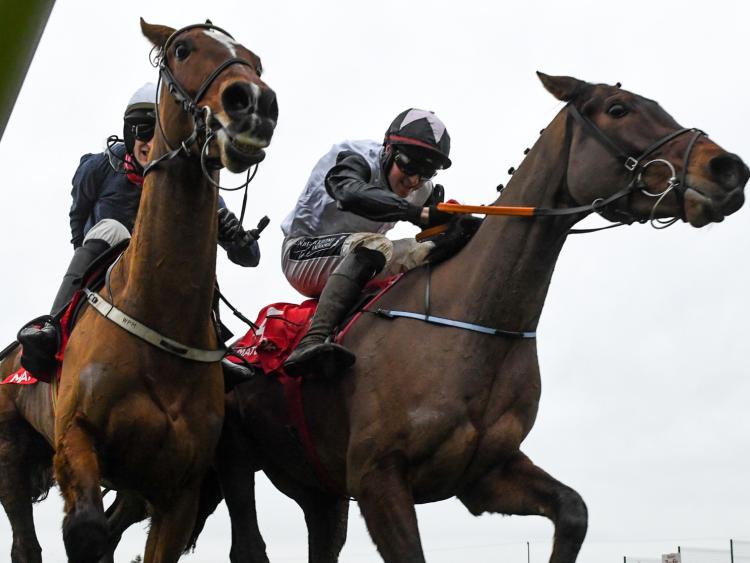 FOLLOWING the cancellation of today’s (December 27) scheduled meeting for Limerick due to waterlogging, Horse Racing Ireland has announced that this meeting will now be held on Wednesday, December 30.

It was confirmed this Sunday morning that the scheduled second day of the Limerick Christmas Racing Festival had fallen victim to Storm Bella.

Following 18mm of rain, Limerick Racecourse was found to be waterlogged and unfit for racing.

Original entries for the December 27 fixture stand with fresh declarations to be made by 10am tomorrow, Monday, December 28). The time of the first race will be at 12.50pm.

However, The Lyons Of Limerick Jaguar Novice Hurdle (Grade 2) is transferred to tomorrow's (Monday) card at Limerick to form an eight-race programme with the time of the first race at 11.55am, should the track pass the early morning inspection.

The original declarations stand for this race and it will now be run as the second race on the Monday card.