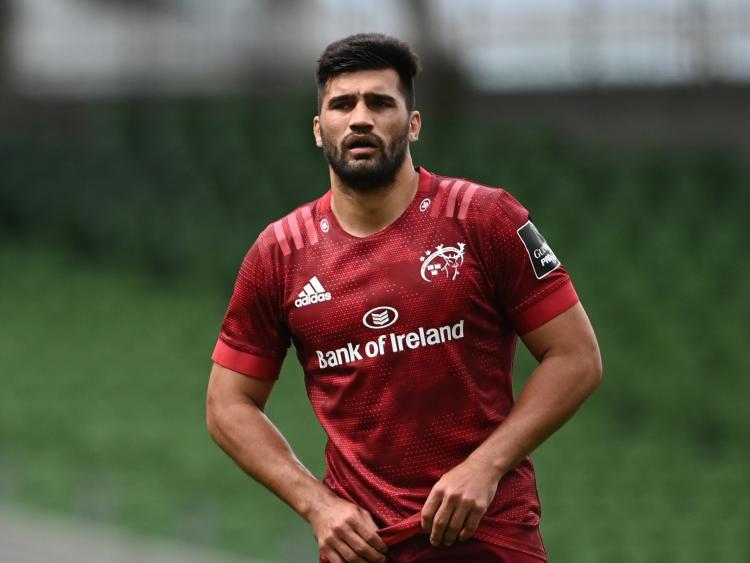 MUNSTER head coach Johann van Graan says their World Cup winning centre Damian de Allande is 'invaluable' to the province as he provides a lot of belief and calmness to the side.

Twenty nine-year-old de Allende has already made eight appearances for Munster this season, including seven starts. The centre would have been due to be unavailable to the province for several week in the autumn had South Africa competed in the Rugby Championship.

Johann van Graan believes World Cup winner de Allende is at 'the peak of his career'.

Van Graan said: “I think what Damian brings is somebody who has won trophies before, in terms of he has won a World Cup, he has won a Rugby Championship.

“I think he is at the peak of his career in terms of what he brings, not only on attack, but his defensive breakdown is incredible.

“He certainly gives the team a lot of belief and a lot of calmness. That's why we signed Damian because we believe he is close to the best in the world in that position.

“Damian performs well in big games. I have known that from coaching him with the Springboks. He certainly showed that again on Saturday evening.

“Look, he is invaluable to us. Obviously the fact that South Africa didn't play in the Rugby Championship means that he has been playing a lot more.

“Now I think it is all about combinations. Damian, Ben (Healy) and Rory (Scannell) struck up quite a good combination when he played at 13 and Rory at 12 in the PRO14.

“Between himself, JJ (Hanrahan) and Chris in the Champions Cup, I think there are some very good combinations and hopefully he can continue that.”

Van Graan says the South African centre has scope for making further improvement to his game.

“Ya, certainly. I think I have mentioned this before, when I spoke to him and RG (Snyman), I said 'It's very important that you understand why you are coming to Munster, you are coming to a club that wants to achieve, you need to come and add to this club', which they are certainly doing.

“You are coming here to become a better rugby player, which both of them want to become. So I believe there is a lot more to come from him.

“A few things in his game that he still needs to improve. He has worked hard on his kicking game. I don't know if you remember but after one line break, he had that kick into the right-hand corner.

“There is always room for improvement in this game.”