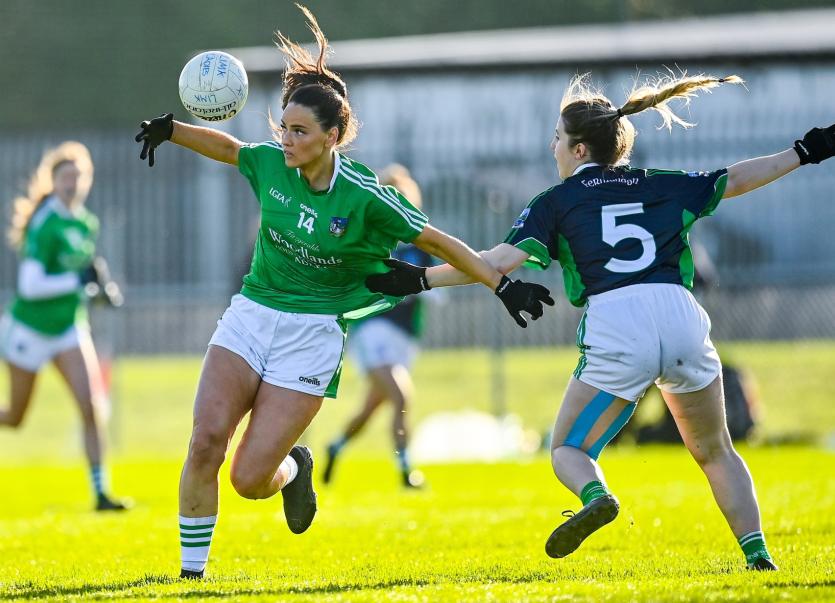 In Kinnegad it finished Limerick 4-3 Fermamagh 4-10.

The Ulster side led by 16-points during the first half and while Limerick battled back gamely to lose by seven points, they couldn't overturn the bid lead.

Beaten in the final last year Fermanagh now play Wicklow in the 2020 final on December 5.

In this semi final it was Fermanagh 4-5, Limerick 1-2 at half time.

All very similar to the 2019 Lidl Ladies Football league semi final meeting of the teams when Limerick were 4-6 to 1-4 ahead at half time - a game where Fermanagh battled back to win!

Underdogs Limerick required a good start but it was the girls from Ulster that blitzed the Shannonsiders from the throw-in.

The Erne side had 2-3 scored before Limerick got off the mark.

Fermanagh had a point in the opening minute and it was to start a run of five successive scores.

While Limerick were on the backfoot from the off, a number of refereeing decision didn't help Donal Ryan's side to find their feet.

It was the 11th minute before Andrea O'Sullivan opening the scoring for Limerick, who had beaten Antrim and Derry to reach this semi final.

Before that, Eimear Smyth led the way for Fermanagh.

Rosin O'Reilly had the first Fermamagh goal in the fourth minute but then Smyth added two further goals.

Indeed their goal count could have been bigger but for a fine Sophie Hennessy save in the 10th minute.

Nonetheless Fermamagh were nine points clear before O'Sullivan had Limerick on the scoresheet.

By the first half water break it was 4-3 to 0-1 to Fermamagh but former AFL player Joanne Doonan with the fourth goal for the winners.

Limerick needed a goal - O'Sullivan had a shot saved and Katie Heelan rattled the crossbar with their luck certainly out.

Finally they found the net inside the final five minutes - Cathy Mee saw her shot saved but Amy Ryan was close at hand to palm the rebound to the net.

Momentum continued before the interval with Aine Cunningham pointing a free.

So at the break it was a 12-point lead for Fermanagh.

Backed by a gentle breeze Limerick were on the forward foot at the start of the second half but again scores didn't come their way - denied goals twice and there were also calls for a penalty.

After the early pressure up the field went Fermanagh and Smyth extended their lead with a free.

Limerick were rewarded for their possession in the ninth minute - Aine Cunningham soloed forward from midfield before cracking a shot to the net.

Andrea O'Sullivan powered to the net and at the second half water break it was 4-9 to 3-2.

In the final quarter, Limerick added another goal - Amy Ryan with her second.

Aine Cuinningham added a free but Limerick ran out of time.