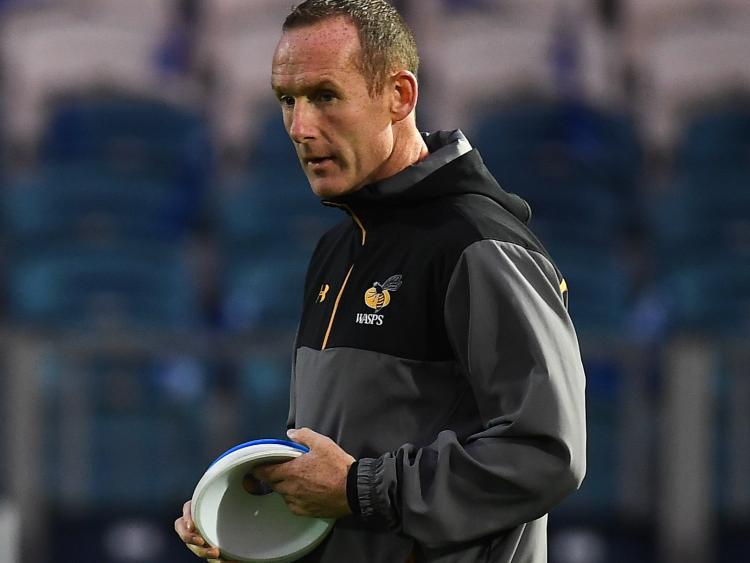 Ian Costello has extended his contract as Wasps defence coach

FORMER Munster coach Costello is extending his time as part of the Wasps backroom team, it has been confirmed.

Gallagher Premiership side Wasps confirmed this week that their Head Coach Lee Blackett and his four Senior Coaches, including Costello, have signed contract extensions.

Ian Costello, who joined Wasps coaching team at the start of the 2018/19 season, has responsibility for defence.

Costello's Wasps side reached the recent Gallagher Premiership Rugby final where they lost out narrowly to Exeter Chiefs.

Costello helped Wasps to concede the second fewest points and third fewest tries in the Premiership since the lockdown break in the 2019/20 season.

In a post on Twitter, Costello said he was 'delighted to have the opportunity to keep working with such a great group of coaches and players. Ready to go again after shortest pre-season ever."

From 2011 to 2016, Costello was part of Munster Rugby’s coaching set-up, working initially as Skills Coach then as Assistant Coach with responsibility for defence and kicking.

Before making the move into the Thomond Park club’s Pro 12 and Champions Cup set-up, Costello worked with their academy and Under 20 squads.

Delighted to have the opportunity to keep working with such a great group of coaches and players.. ready to go again after shortest preseason ever @WaspsRugby https://t.co/OSRzXcCq8t

During this period he was Head Coach of the Munster A side that lifted the British & Irish Cup title in 2011.

Costello, who also has experience as Director of Rugby at UL-Bohemians, was a fly-half or centre in his playing days.