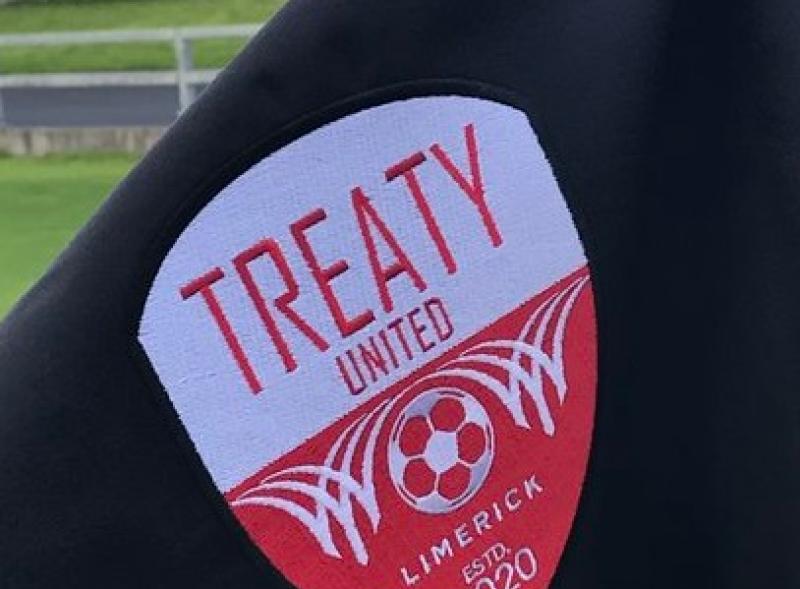 TREATY United have confirmed today that they will formally express their interest in applying for a First Division League of Ireland licence.

In a statement, Treaty United say that 'the opportunity to apply for a licence is very welcome by the Treaty United board, it has always been the ambition to return men’s senior soccer to the Mid West.'

The statement continued: "Treaty United are fully aware of the challenges in football at present and the board have been working diligently throughout the past 6 months to ensure the future of soccer in the Mid West is built from the bottom up and will be sustainable.

"We are delighted with our first season at league of Ireland level and our women’s side were very unfortunate in their FAI Cup semi-final at the weekend. Our u17 National league side have shown real progression this season and we are looking to a bright future with both squads.

"Central to our future plans we have held several productive meetings with key stakeholders in recent months including very positive support from Limerick City and County Council and the owners of the Markets Field stadium, the LEDP among others."

Chief Executive of LEDP Niall O'Callaghan, said: “We are delighted to confirm our support of Treaty United to facilitate senior men’s soccer once again at the Markets Field stadium.

"Our team on the ground here in Garryowen work tirelessly to maintain the pitch to an exemplary standard, and Limerick soccer will be the winner.

"I want to wish Treaty United the very best of luck with their application and we very much look forward to hosting senior men’s league of Ireland football in the future at this famous ground”.

Chairman of Treaty United Conn Murray added: “We are delighted to be in a position to formally express our interest in obtaining a First Division men’s licence.

"The focus and energy of my board has been on delivering a successful application and we look forward to working with the FAI throughout the process.

"I am very grateful for the overwhelming support we have received by key stakeholders in the Mid West and our aim remains to oversee a return of league of Ireland men’s football to the region".