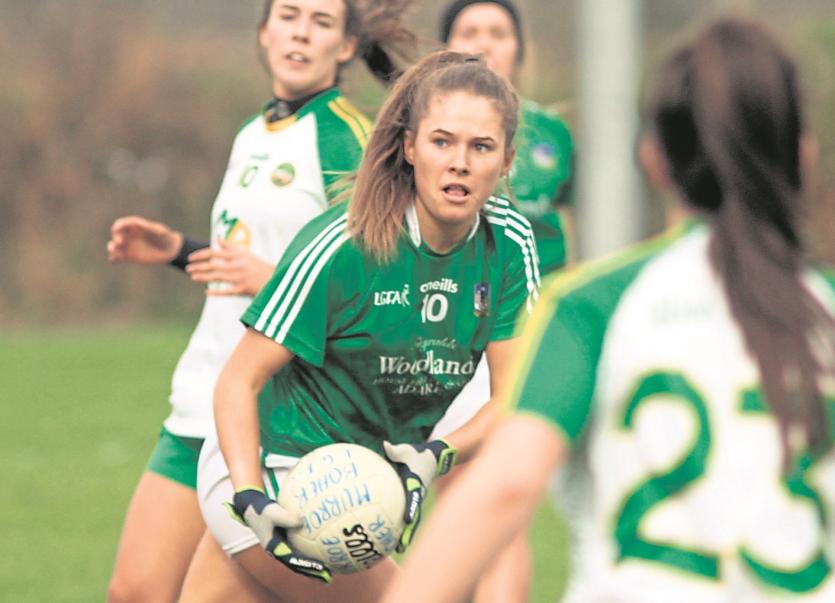 The Donal Ryan managed Limerick beat Derry in round one and followed up with a 2-8 to 1-5 win over Antrim in Clane, Co Kildare on Sunday.

The two wins confirm Limerick's spot in the semi finals on November 21/22 - against the winner of the tie between Carlow or Fermanagh.

Limerick had a goal in either half to help them past Antrim on Sunday - Cathy Mee and Amy Ryan finding the net.

Limerick made a fast start with 1-1 on the scoreboard inside 10-minutes.

Leah Coughlan opened the scoring and then came the first Limerick goal - a Cathy Mee free dropping into the net just under the crossbar.

But Antrim hit back - punishing an error by Limerick when Meabh McCurdy goaled.

Mee and Roisin Ambrose did have points from play to give Limerick a 1-4 to 1-2 half time lead.

Just like the first half, Limerick were quick to start the second half - again with 1-1 without reply.

Andrea O'Sullivan had a point and then came the second goal.

Caroline Hickey and Leah Coughlan were involved in the move and when a rebounded shot fell into the path of Amy Ryan she found the net.

Limerick were now 2-5 to 1-2 ahead and the game still inside the first five minutes of the second half.

Ryan added a point from play and Mee kicked another free to stretch the Limerick lead.

Antrim poured forward in search of scores but Limerick defended well until the final whistle and broke forward to win a free, which Mee converted to seal the win and a semi final spot.

So Limerick will play Carlow or Fermanagh in one semi final and Antrim or Derry will play Wicklow in the other semi final.