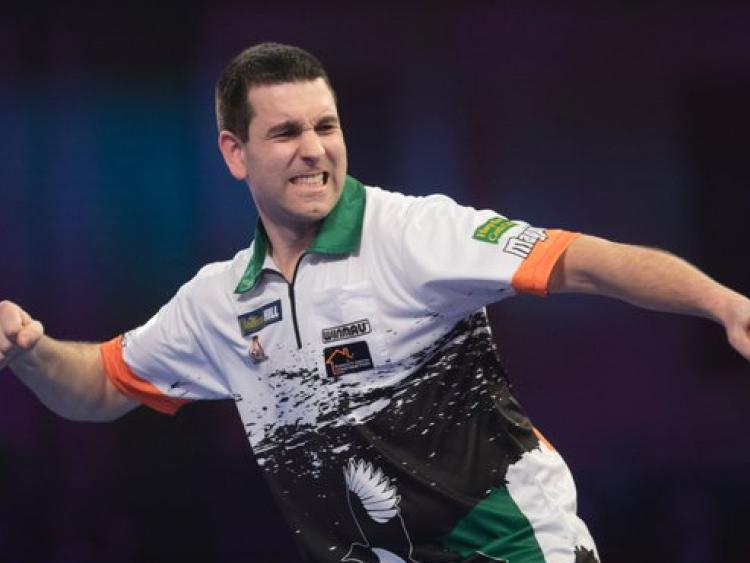 Cappamore man O'Connor came from 2-1 down to win five of the next six legs in claiming a terrific 6-3 victory at the König Pilsener Arena in Oberhausen.

The 34-year-old Limerick man sealed his passage by claiming the ninth leg with a 12-darter. His opponent Cullen had won last weekend's International Darts Open to top the 2020 European Tour Order of Merit.

O'Connor came into the event as 32nd seed in the absence of Glen Durrant following a positive test for Covid-19, and admitted: "Obviously Glen should be here but I can't think about that - I just have to do what I can to win.

"I'm not going to look too far ahead of myself and to beat the number one seed is good, but I'm just going to take it as it comes. I'm lucky to be here and I'm going to enjoy it as much as I can."

O'Connor's prize for seeing off Cullen is a last 16 tie against Jamie Hughes on Friday afternoon. Hughes booked his place in the last 16 of the tournament thanks to a nail-biting 6-5 victory over Dave Chisnall.

Thirty two of the world's top stars are in action at the prestigious event in Germany this week. The competition boasts a total prizefund of stg£500,000, with the winner on Sunday evening pocketing a cool £120,000.

William O'Connor currently has a PDC world ranking of 40.

Number one seed Joe Cullen is eliminated in the first round as Willie O'Connor seals a 6-3 victory with a 12-darter!

The top 32 players on the 2020 European Tour Order of Merit will compete for £500,000 across four days from October 29 to November 1 at the König Pilsener Arena in the latest PDC event being staged with fans.

Thursday's 16 first round winners return to the stage on Friday as the second round takes place across two sessions.

It seemed neither player wanted that leg there as O'Connor breaks the Cullen throw in 24 darts and he leads heading into the interval... pic.twitter.com/n6ZBMMHZ74

Saturday will see the quarter-finals played in the evening, before the semi-finals and final take place on Sunday night.

The top seed is out!

William O'Connor takes his opportunity and beats Joe Cullen 6-3 to reach the Second Round pic.twitter.com/eRIKcLL1jF