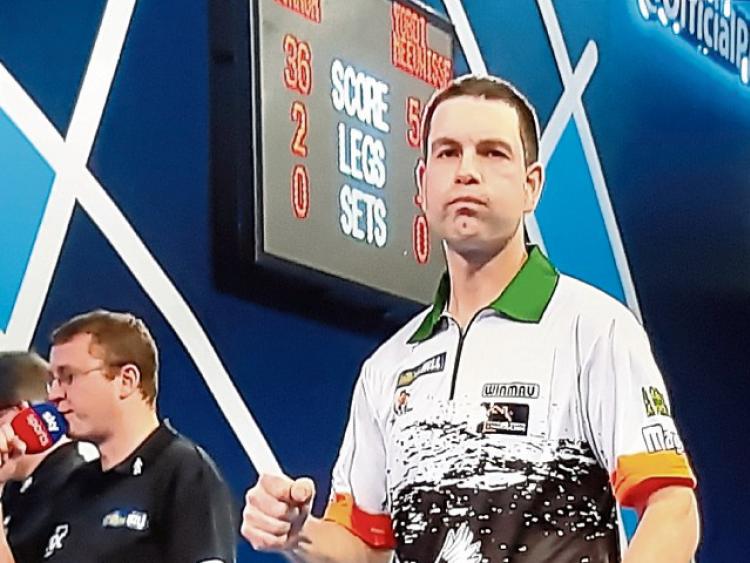 LIMERICK arrowsmith William O'Connor is in first round action today, Thursday, at the 2020 Unibet European Championship in Oberhausen, Germany.

Thirty two of the world's top stars are in action at the prestigious event.

Thirty four-year-old O'Connor currently has a PDC world ranking of 40.

The top 32 players on the 2020 European Tour Order of Merit will compete for £500,000 across four days from October 29 to November 1 at the König Pilsener Arena in the latest PDC event being staged with fans.

Thursday's winners will return to the stage on Friday as the second round takes place across two sessions.

Saturday will see the quarter-finals played in the evening, before the semi-finals and final take place on Sunday night.