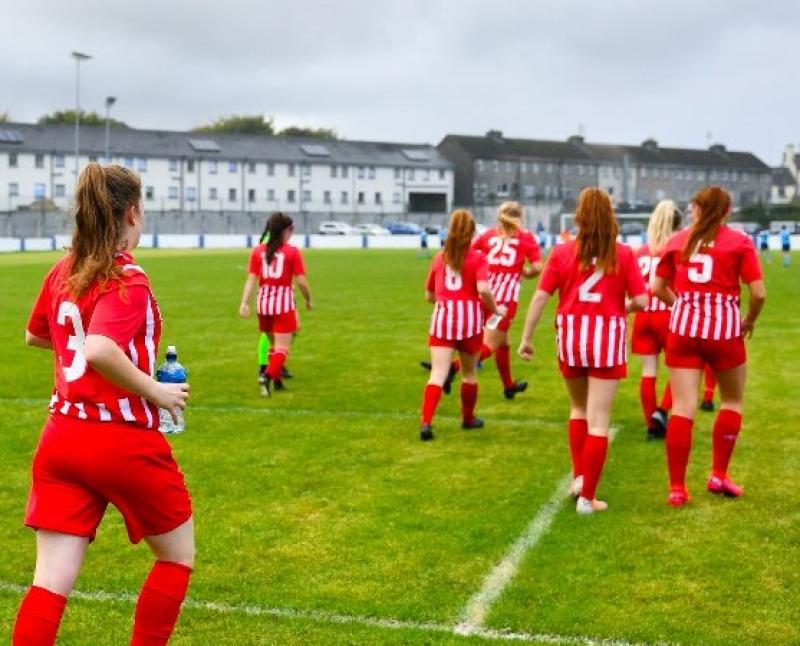 Saturday's game in Dublin is the second fixture in Group 2, Phase 2 of the WNL for the Shannonsiders.

Treaty manager Dave Rooney has some time still before he needs to assess how Treaty United's first season in the Women's National League went, but if he had to do that today then he will have many reasons to be upbeat.

The club didn't just change their name and colours having played as Limerick and in blue last season; they underwent a complete transformation - on & off the pitch. Treaty United is a new club, yet they have not played that way. Instead, there has been a refreshing edge to them.

As manager, Rooney is the one calling the shots and he can be proud of many of the decisions that he has made so far this season. There was recruitment of Tara O'Gorman and Maggie Duncliffe, the retaining of Marie Curtin, and the promotion of Aoife Horgan that could all stand out as headlines by themselves.

Yet, it has been Treaty's positive approach to games that has made them stand out most. Talk to players and managers from opposing teams and they will almost universally say the same thing 'When you play against Treaty, you know that you're in a game'. That is a huge compliment to Rooney, his backroom staff and the players.

This week's fixtures in #WNL pic.twitter.com/4t0CzYWFDi

There have been two wins from their opening nine League games - as well as passage through to the FAI Women's Senior Cup semi-finals where they will face Cork City next month - and they know that improvements can be made. But if they were to finish top of Group 2 in Phase 2 then that would be the icing on the cake for them.

Rooney has placed his trust in a lot of young players and they have, largely, delivered. The likes of Aoife Horgan, Rebecca Horgan, Maura Shine, Alannah Mitchell and Gillian Keenan have been outstanding and it may be a battle to fend off interest from other clubs in them for next season.

How it currently stands in #WNL pic.twitter.com/mEUxcMP7PY

Right now, though, the focus should be on finishing the campaign on a high. Treaty have done so well up to this point, but they cannot relax until the final game has been played. Until then they will, undoubtedly, fight for every ball.