Opinion - I'd rather be Limerick than Tipp this Sunday - Shane Dowling 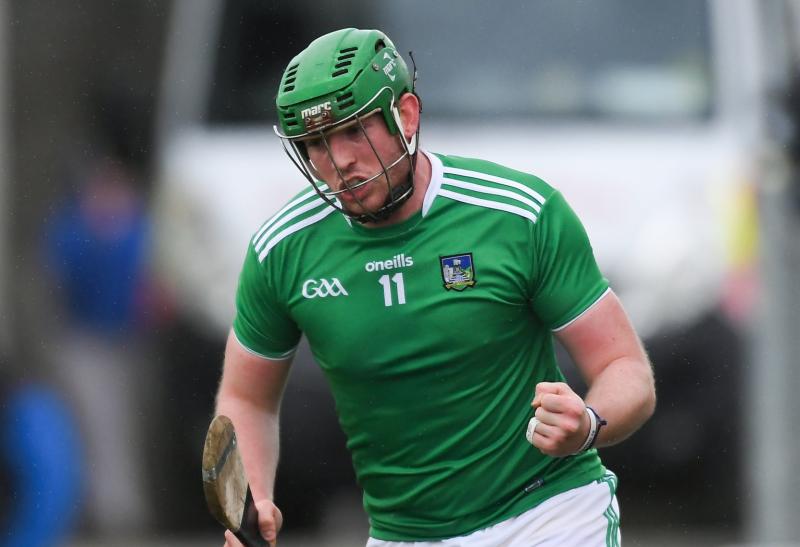 SO much felt different for a championship Sunday. The stands at Semple Stadium devoid of any fans. A yellow sliothar flying around the place. An October start date for a summer tradition.

Managers wearing wooly caps. Substitutes covering themselves with long jackets or blankets. And more masks to be seen than in an operating theatre!

But much still stayed the same. Four white lines. A goalpost at either end. 15 v 15. And Limerick versus Clare in the Munster Senior Hurling Championship.

Hurling is a game of 70 minutes. You can add on at least another five minutes through injury time. Most days it can take you down to the very last second to claim a draw, a win, or get narrowly beaten.

On Sunday, it was different. From minute 35, to minute 40, Limerick put the game to bed. Within five minutes of the restart, they were like a different team as they got six rapid points on the board.

It wasn’t just the scores they got though, it was how quick they got them. It was their body language.

It was the physicality they brought, and how well they played the ball through the lines.

I would suspect that the half-time talk from John Kiely would have been far from calm, and if the Covid officer was to take his temperature in the midst of his speech, he could have been under pressure to self isolate!

The first half reminded me of nothing other than a challenge match. Similar to the Dublin v Laois match the night before, it was very open, balls being sprayed all over the place with little tackles, and little intensity to the game.

To be fair, I wouldn’t blame the players for this. It was both sides’ first competitive game in seven months, and even though at times I often wonder do people realise it, they are only human.

No player would have been ever used to what was going on on Sunday and I do believe it will take time before it will get up to ‘Championship Speed’. For Limerick to score 0-36 points in a Munster Championship game against near rivals, is just unrealistic.

But who knows, over the next seven weeks that just may be the trend that follows.

I thought our fullback line were fairly solid throughout, I think the goal came from a lack of communication more so than anything else. All in all though, the way Clare fed their full forward line on Sunday, they had a relatively easy day at the office.

In saying that, Dalo was saying at half time on The Sunday Game that Tony Kelly was indeed corner forward marking Barry Nash. So do we start saying Barry had a poor game because of what Tony did?

No, we do not. I texted one of the lads at half time and asked the question, ‘Where is Tony Kelly playing?’ And the answer I got back was, ‘Wherever he wants’, and you know what, I don’t think he was too far wrong.

Limerick players and management would have been expecting him at midfield, or at 11. I do think Brian Lohan threw a curveball, and it did throw Limerick for large periods.

Of course, we don’t know what Barry would have been told to do - to stay, or to follow. Tony ran off wherever he liked, and if Barry followed, wouldn’t that have left huge space in the full-forward line?

Either way, for a player to score nine points from play in a Munster Championship game is some clipping, so fair play to him for that, and lessons to be learned no doubt, from a Limerick perspective.

Our half-back line was fairly solid all day as usual, and in the second half, William and Cian took control. Up front, Hego gave an exhibition. He got some beautiful scores, and his ball striking was on the money. Really and truly, all forwards hurled very well.

I was delighted that Fergal Horgan spotted Jack Browne pulling Graeme Mulcahy to the ground 50 yards off the ball. And from what it looked like, Stone Cold Steve Austin would have been proud of what Browne did!

As a forward, the amount of pulling and dragging backs do off the ball is scandalous, Clare being one of the worst, so I was delighted that was picked up on. Of course, the backs will tell me I’m just being soft!

In general, I thought Fergal had a very poor game. He is a sound man, who usually always leaves the game flow, so I was surprised Sunday was so different. Maybe the reason is, if you recall the 2017 All-Ireland final, Galway v Waterford, he was the referee.

He made a cracking job of it and left everything go. Since then, he has got little to no games. He reffed that game as he saw fit, not by how he was told to do it by Croke Park officials sitting in the stand.

So I now ask the question, are all referees going to ref games as they are told, and how they will be marked, because if they don’t, they won’t get any other games?

It was also disappointing to see that the umpire felt the need to become famous for three seconds, as he, for some reason, felt the need to pull the Clare goalie for going about two inches outside his box!

One concern people may have is scoring no goals. For me anyway, I’d rather look at how many goal scoring chances were created. And against Clare, the answer is one.

David Reidy came on, and could have easily tapped it over, but ran at his man, sidestepped him and pulled the trigger, but was unfortunately blocked. There were other opportunities where we could have given the extra pass, taken it in further, or ran at the Clare defence more.

And the thing is, usually we would. Why do I think it didn’t happen Sunday? Hard to know, but when you get space, or the sniff of a chance, the crowd come alive, and so do you! That was obviously missing on Sunday.

I think the game will stand big time to Limerick this week. They will learn a huge amount from the game, both on and off the field, and in this climate, you can’t buy that.

The seven day turnaround is not ideal, but I would rather be Limerick than Tipperary coming into this Munster semi-final. I would think this game will be a lot different, tighter, and more intense.

If Limerick could get a win, which I think they will, wouldn’t it set up our summer, sorry winter, just ideally.

On two separate notes, I want to heartfully congratulate Billy Lee and the Limerick football panel for a great win and promotion to Division 3 football next year.

Billy is one the soundest men you could meet, and has done Trojan work for Limerick football, and it is great to see them getting success.

Lastly, I would like to wish Galway manager Shane O’Neill and coach John Fitzgerald the very best of luck against Wexford this weekend. Wouldn’t it be great to see two Limerick men take down Davy!

Have a question about hurling for Shane?
Email sport@limerickleader.ie and Shane will answer up to three a week in this column.