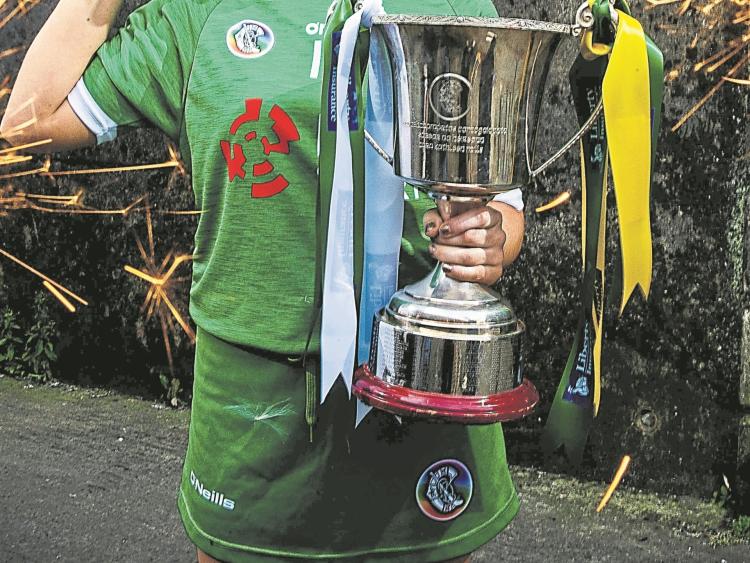 LIMERICK and six other counties to called on the Camogie Association to reverse the decision to remove all second teams from the 2020 Liberty Insurance All-Ireland Junior and Intermediate Championships.

Limerick's Premier Junior team was among 10 teams that was removed from their respective championship last Friday.

Now Limerick and six other counties - Galway, Dublin, Kilkenny, Cork, Wexford and Tipperary have all signed a letter sent to Camogie Association officials.

Limerick were to played from Group 2 with Armagh, Roscommon and Waterford and were set to begin their championship last weekend against The Decies.

"Firstly, while it is acknowledged the huge strain Covid-19 has had on all our lives in 2020 and the additional complexities involved in organised competitions to the highest possible Covid-19 standards, we feel we are left with little option but to write this letter as a final attempt to restore the integrity of both the 2020 Junior and Intermediate Camogie Championships," commences the letter.

"We wish to convey how upset and angry we are that the intermediate and junior championships will go ahead without 10 teams, some of whom have already played a game in the competition, and more who were due to play this weekend." 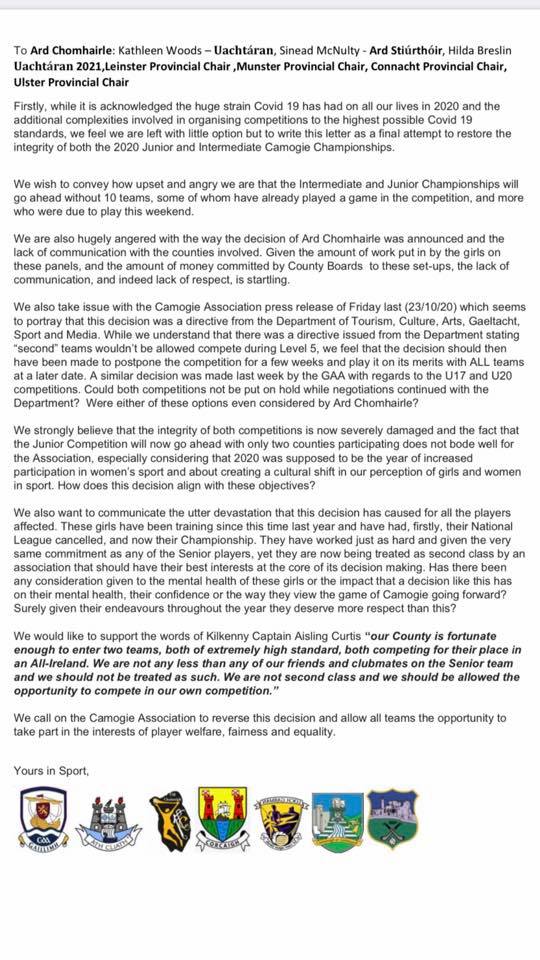