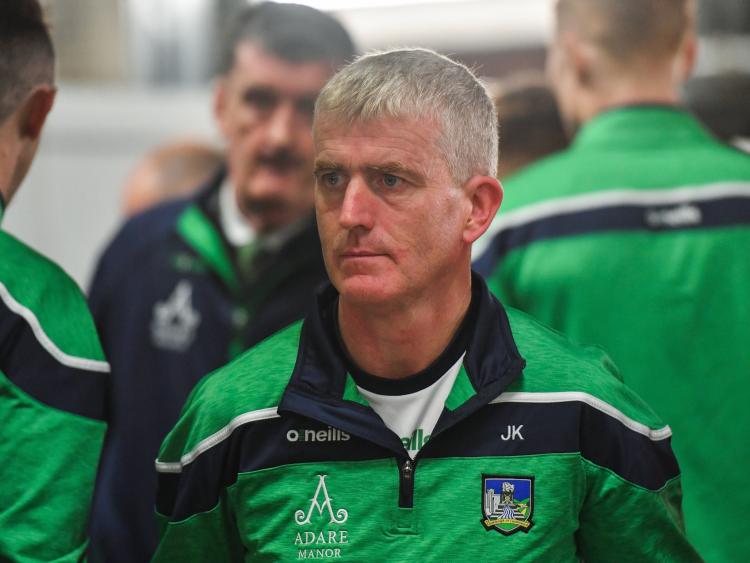 LIMERICK hurling manager John Kiely believes that the 2020 GAA inter-county championships will be just the tonic that the sport mad public need over the next two months.

"I think it would make a big difference between now and Christmas to shorten the weeks and give people something to look forward to from week-to-week and something to talk about apart from Covid," said Kiely.

"We haven’t seen a championship cancelled in the history of the association and a virus isn’t hopefully going to stop us from completing this year’s championship. We want to do this for the association and the wider public out there, who are interested in the GAA and hurling and football. I don’t think you have to travel too far down the street to meet someone who misses sport, or sport as it was. Sport is all about community - the people interesting in that sport, getting together and celebrating it and enjoying it and competing in it. We have all missed that but we can’t have it now and that’s the way it is - when we do get it back next year we will never forget the value of it. It will be different but we just have to accept the fact that it will be different," outlined Kiely when speaking at a Limerick GAA media event via Zoom this Tuesday evening.

"I am actually very confident that the championship will go ahead. Maybe that is me being foolish but I just think so - barring a major outbreak of the virus and we all want to ensure that doesn’t happen, hurling or no hurling, because of the implications for society as a whole. Any of us don’t know what we are going to face when we get out of bed tomorrow morning these days. I could go for a cup of coffee at 11.00 and come back at 11.40 to be told the school is closing in three hours time as it was in March. That’s the world we live in at the moment - it changes very quickly," explained the Limerick manager.

"Speaking to players and other managements they are anxious that the championship would go ahead if at all possible. I have being looking forward to this for months and months - obviously there is a background of uncertainty out there but I can tell you that within our camp and I’m sure it’s the same within every other camp, there is a ferocious determination to get on with this competition," stressed Kiely.

"I think the GAA have done a very good job and Fergal McGill in particular in rolling this out and they have put a very determined foot forward that they are going to host a championship in 2020."

Limerick are preparing for a Sunday October 25 Munster SHC quarter final with Clare in Thurles.

Covid-10 ensured that the structures of the 2020 All-Ireland SHC had to be altered. The group stages of the last two years in the provinces has been replaced by straight knockout Munster and Leinster SHC but there will be a backdoor for sides beaten in the provinces.

"They (players) would have taken any format at all - they just want to play. Whether it was round robin or knockout, the player just want a competition. Listening to players from other counties and they pass the same comments; they are all delighted to be back. They really enjoy what they do and love being together as groups."