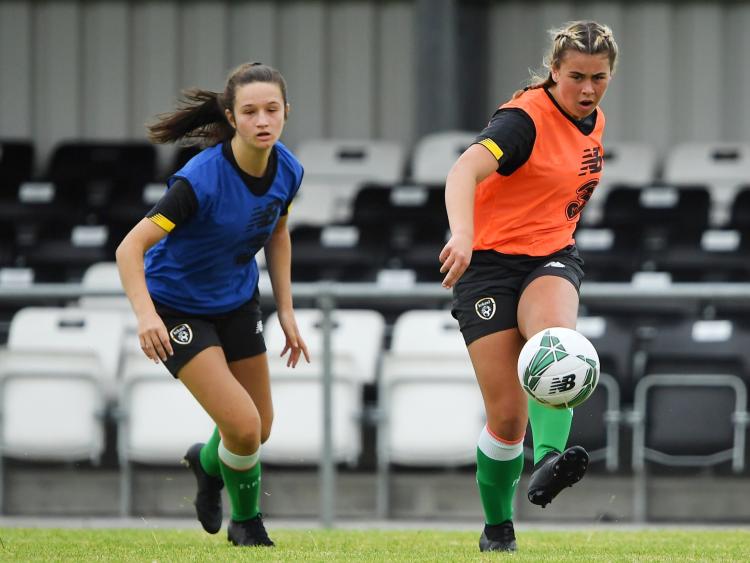 Treaty United's Jenna Slattery, right, and Laura Shine during Republic of Ireland Women's Under-17 Training Camp at Tramore AFC in Waterford in August

FOUR players from Limerick's Treaty United have been selected to attend the next Rep of Ireland women's U-17 training camp.

Treaty United U17 side face their next outing in the Women's U17 National League this Saturday, October 17 at Eamonn Deacy Park, Galway at 2pm.

Treaty will be looking to bounce back from their narrow 3-2 defeat to Carlow-Kilkenny last weekend.

Best of luck to all 4 Treaty UTD players! pic.twitter.com/srGYcjWlqN