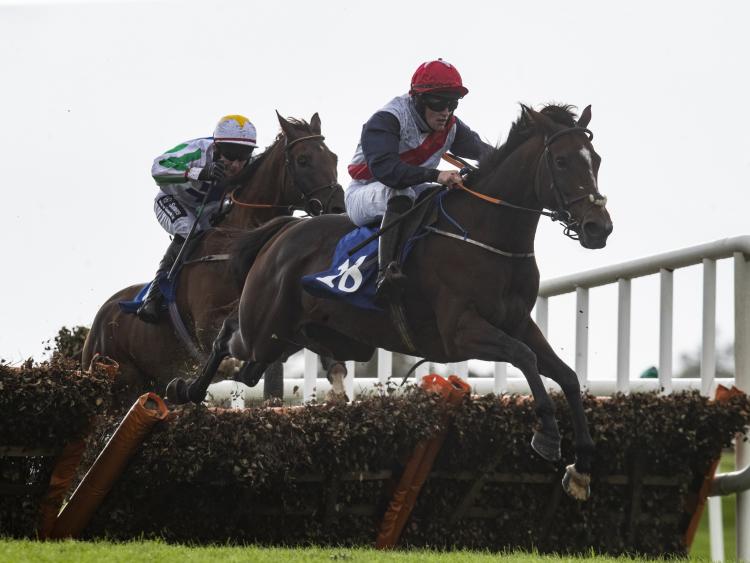 Newcastle West jockey Noonan got the 14/1 shot home a three and a quarter-length winner from Cousin Harry for County Cork trainer Paul O’Flynn. It was Gary’s first winner of the season.

Conor McNamara followed him into the winners’ enclosure when taking the rated novice hurdle on the Gavin Cromwell-trained Western Run. The 9/4 favourite beat Ray Cody’s Flemings Dream by two and three-parts of a length and was a 14th winner of the season for the Rathkeale man.

Shangolden's Chris Hayes and Kevin Prendergast were Friday’s heroes at Dundalk where they shared a treble late on the card with owner Hamdan Al Maktoum.

They won three of the last four races with 10/1 chance Mudlahhim kicking things off in the 7f handicap with a two-length success over the Ado McGuinness-trained War Hero. It was tighter in the 8f handicap where Alhaazm landed the spoils at odds of 7/2.

The four-year-old held off the Gary Carroll-ridden Imposing Supreme by a head and the treble was completed by a narrower winning margin as 13/2 chance Alghazaal took the concluding 12f handicap by a short-head from the Johnny Murtagh-trained Wilderness.

The treble brought Hayes’ tally for the season to 34. Billy Lee edged closer to the 50-winner mark when giving rookie trainer Andrew Kinirons his third winner when Helen De Pourtales narrowly took the second division of the 7f handicap at Dundalk on Friday.

The 4/1 chance added to her success at the same track in the middle of last month when beating the Damian English-trained Shawaf and Ronan Whelan by a head.

Limerick trainer Austin Leahy got favourite backers off to a winning start at his local racecourse on Saturday where Improving won the opening maiden.

The strong 7/4 chance ran out the easiest of winners when beating the Denis Hogan-trained Roundel by four and a half lengths under Dylan Browne McMonagle.

Castlemahon jockey Mark Enright rode the easiest winner of the day as Dreal Deal added to his recent success over hurdles at Navan for trainer Ronan McNally.

The 5/6 favourite hardly came off the bridle as he beat Martin Hassett’s Dashing Diamond by two and a quarter lengths.

In-form Ballingarry horseman Billy Lee brought his tally for the term to 49 winners with a double at the Curragh on Sunday.

He enjoyed a runaway success on the Willie McCreery-trained 9/2 favourite Lustown Baba in the 6f handicap, the pair winning by a remarkable seven and a half lengths from the Edward Lynam-trained Rough Diamond.

It was far tighter in the Listed Staffordstown Stud Stakes which went Lee’s way on  the Paddy Twomey-trained Fantasy Lady. The 10/1 shot, owned by Martin Schwartz and the Genesis Thoroughbreds Club, saw off the Joseph O'Brien-trained Sense Of Style by a short-head.