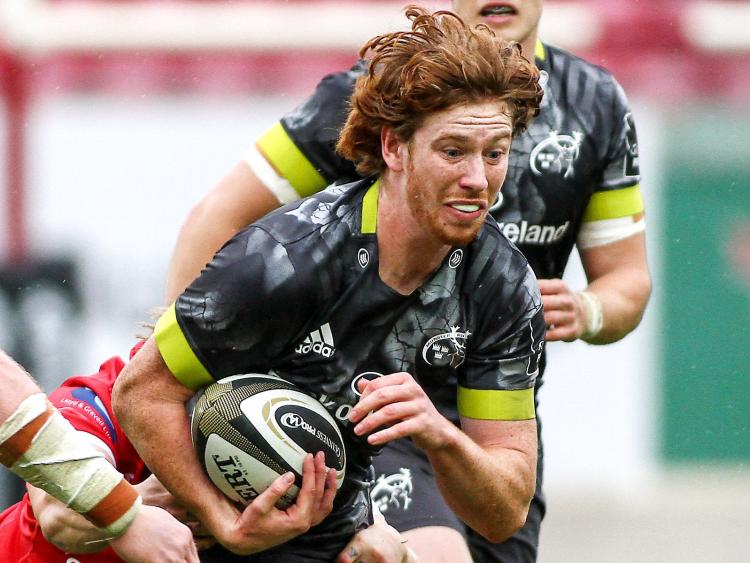 THE Munster side has been named for Saturday’s Round 2 Guinness PRO14 game against Edinburgh at Thomond Park (7.35pm — live on eir Sport and Premier Sports).

There are seven changes to the side that defeated Scarlets in the thrilling opening round encounter in Wales.

Last week’s match-winner, Academy out-half Ben Healy, starts at 10 this weekend as he joins Craig Casey in the half backs.

There is a new midfield pairing with Alex McHenry, making his first Guinness PRO14 start, named alongside Rory Scannell.

In the back three Matt Gallagher makes his Munster debut on the left-wing joining Andrew Conway and Mike Haley.

Jeremy Loughman comes into the front row to pack down with Rhys Marshall and John Ryan while Fineen Wycherley joins Tadhg Beirne in the engine room.

The backrow change sees Tommy O’Donnell included with Jack O’Donoghue making the move to blindside, and CJ Stander captains the side from number 8.

In the replacements Roman Salanoa and academy out-half Jack Crowley are in line to make their Munster debuts, while Conor Murray and Dan Goggin return from respective thigh and ankle injuries to be included.