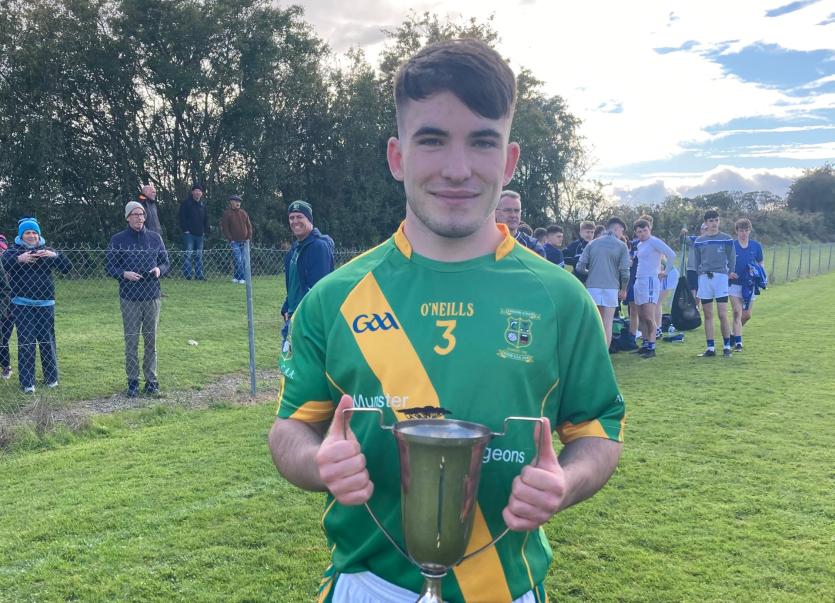 MARK Donnellan's burst of scores in the second quarter proved to be the difference as Ahane's minor footballers captured the county junior B championship in Clarina with a 0-12 to 0-8 victory over Rathkeale on Saturday.

Champions Ahane had led the decider 0-7 to 0-4 at half-time.

Having struggled to make use of the breeze early on against the tight and focused opposition of
Rathkeale, the Castleconnell club looked as if they might have it all to do in the second half until their centre-forward Donnellan took matters into his own hands to give them a four point lead at the break.

In a low-scoring game, that was always going to be a stiff challenge to overcome as it also gave his a side a psychological boost that transcended the interval to add another two scores to the margin.

The Deelsiders did manage a response after the second water break to bring themselves to within a goal of their opponents but, just as had happened earlier on, they just hadn't the physique in too many positions to slug it out when Ahane turned up the volume.