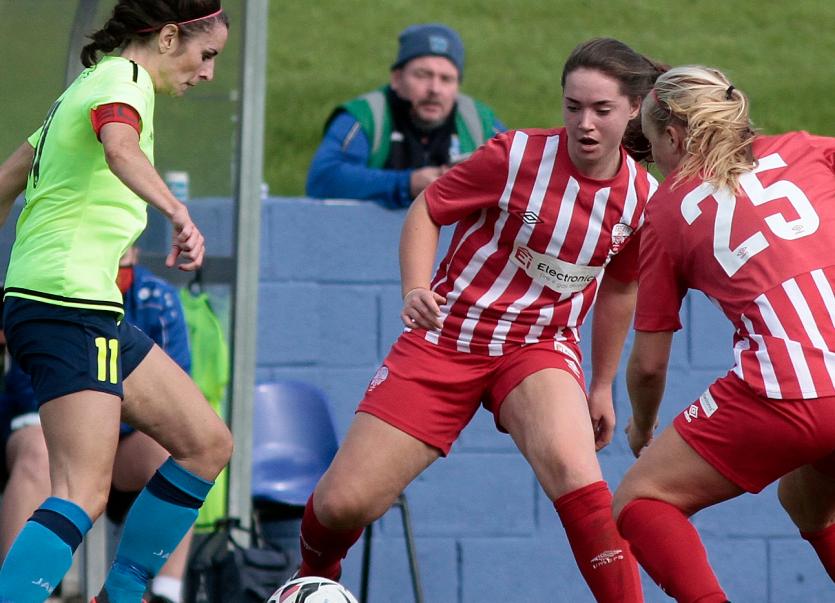 TENACIOUS Treaty United booked their place in the semi-finals of this season's Women's National League FAI Cup after scoring a deserved 2-0 victory over DLR Waves at Jackman Park this Saturday.

Second half goals from Gillian Keenan in the 66th minute and Aoife Horgan seven minutes from time helped the Dave Rooney-managed Treaty side book their last four place.

Treaty will be joined in the semi-finals by Cork City, Wexford Youths and Peamount United.

The semi-finals of the Women's FAI Cup are scheduled to take place on the weekend of Sunday, November 8 with the draw to decide the pairings set to take place next week.

Treaty will be delighted with the victory on the back of a run of narrow defeats in the Women's National League in recent weeks.

The Shannonsiders' also defeated Cup opponents DLR Waves 2-0 in the league in Dublin in August 2-0, thanks to goals from Chloe Connolly and Aoife Horgan.

Treaty United sit in sixth place in the league table, one place and one point above the seventh-placed Waves.

Next up for Treaty United is a home league game against Shelbourne on Saturday next, October 10 at Jackman Park at 2pm.