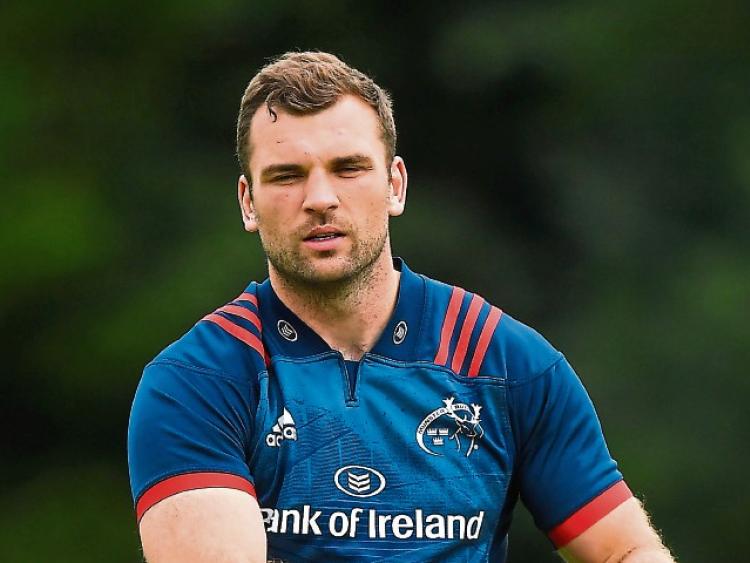 MUNSTER and Ireland second row Tadhg Beirne insists the province is close to taking the next step in its development by reaching finals and winning silverware.

Munster have lost 10 semi-finals in all competitions over the last nine seasons as their search for a first trophy since 2011 goes on following their PRO12 last four reverse at the hands of Leinster in September.

Munster did win semi-finals in the Pro14 in 2015 and 2017 before suffering final defeats.

Munster kick-out their latest Guinness PRO14 campaign with a trip to Tadhg Beirne's old club, the Scarlets this Saturday, 3pm.

Beirne, who sustained an ankle fracture in Munster's Heineken Champions Cup clash away to Saracens last December which kept him sidelined for eight months, returned to action for Munster for the end of their PRO14 campaign.

He admits that coming up short at the semi-final stage once again is a big frustration.

Beirne said this week: “There is always going to be frustration of course. Everyone wants to win silverware and I came from my last season in Scarlets where I lost a semi-final and a final and to come here and lose another few semi-finals it is quite frustrating.

“Each year everyone starts on zero as they say in the league and there is another opportunity to win, so there is excitement too.

“Since I have come here I can feel the development of the squad and I can feel like the way things are coming together, they are getting better and better and we are certainly close, I feel that and I think hopefully all going well we will be in the same situation next year and come May and June we will go that one step further this time.”

Beirne said there were a number of areas in their game Munster needed to improve on this season.
“You are always looking to improve in most areas. I think overall last season we probably looked at ourselves and we know we can be a bit more clinical.

“Looking back at the semi-final, we lost a few line-outs at crucial moments. It is those small moments in games that if we can turn those around and win those moments then results will certainly start to come our way for sure.”

Beirne believes he is getting back up to full speed fitness-wise following his long lay-off due to injury.

“I still don't feel like I am there yet, I think it does take time. The Connacht game was a bit of a strange one in that they had two red cards and it was an open game and I do enjoy those open games a bit more, you can play a bit.

“Then going into Leinster, I probably didn't feel as fit. Looking back on my performance I do feel that I am not there yet. We played Connacht again at the weekend ('A' match) and I do feel like I have taken another step forward, so all going well this week, I do think I am almost at match fitness now which is good.”

Beirne is looking forward to going back over to see his old Scarlets team mates this weekend for Munster's Pro14 opener.

“I chat to the lads I knew there the odd time. It should be interesting going over.

“It is going to be strange circumstances, I won't be able to link up with them for a coffee or anything. I suppose it will be a bit strange the first time going back to Parc y Scarlets, but I am still looking forward to seeing them.

“I'm sure I will get a quick chat with some of time before the game or after it which I am looking forward to catching up with them.”