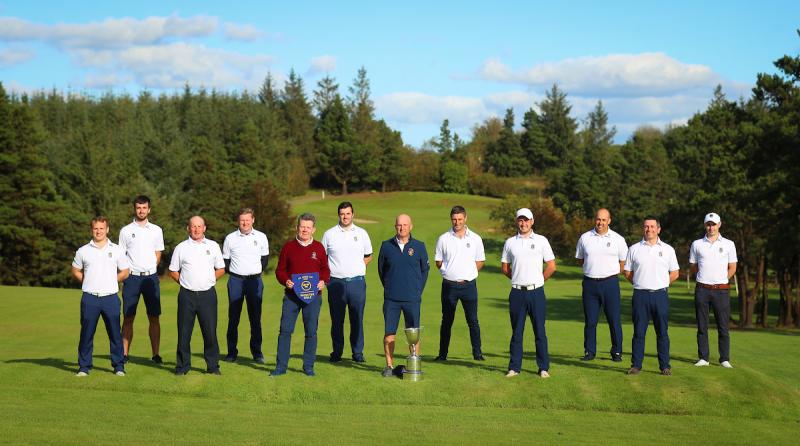 CASTLETROY Golf Club won the Munster Final of the AIG Junior Cup at Fermoy on Saturday, when an impressive performance from the team saw them overcome Dungarvan in the final.

John Kavanagh Snr led the way for Castletroy with a 7&6 win that put the first point on the board for the Limerick club.

Olly Hodges then added a second point when he won on the 15th green and the match was settled when Ian Irwin won the third point for Castletroy on the 17th.

That meant that John Lynch and Sean Mernagh were called in, and the final score was 4-1.
Earlier in the day, Castletroy Golf Club had beaten East Cork in the first of the semi-finals 3.5 to 1-5, while Dungarvan beat Berehaven in the second semi-final match.

Castletroy last won the Munster final of the AIG Junior Cup in Munster in 2014, that year they went on to win a national pennant also.

They will now advance to the AIG Cups and Shields All-Ireland finals which are scheduled to take place in Donegal Golf Club in October.

The golf course in Fermoy was in great condition for the competition, and a credit to the course staff and the many members who volunteered to assist over the past few months. ​