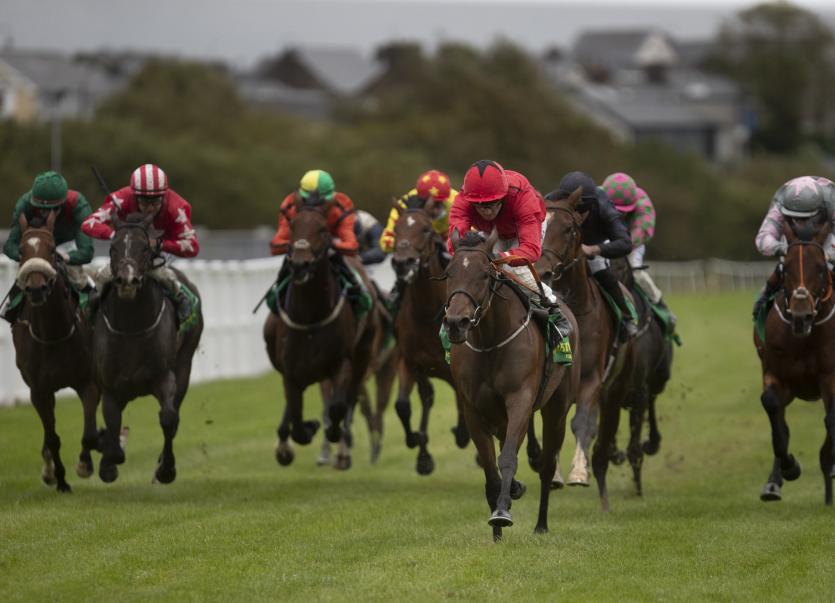 SHANAGOLDEN trainer Patrick Hayes has his horses in smashing form and whilst she was sent off 25-1 in the claimer at Fairyhouse on Monday under Tom Madden, Moonhall Girl was blissfully unaware, winning easily.

Monday was quite a remarkable day for the Treaty County as Athea-based Eoin McCarthy saddled a winner at no less than 125-1 in the two-mile maiden hurdle, Le Figaro Faoudel coming home under Kevin Brouder, who hails from Listowel.

McCarthy said: "He broke my heart since we bought him with little niggles. He worked awfully well last week. Kevin gave him a super ride. We might look to the sales with him now."

There was further success in the following race, the conditionals' handicap hurdle, when 11-2 joint-favourite Blackjack Boy won for Rathkeale trainer Eric McNamara, with Cratloe rider Mark McDonagh doing the steering.

Hayes has a fine relationship with Fozzy Stack and the admirable Lady Wannabe, sent off 14-1, was a game winner of the feature Edmund & Josie Whelan Memorial Listowel Stakes (Listed race) Tuesday at Listowel.

"The drop back in trip suited and the rain came, which worked out a treat. That is probably her ideal trip," Hayes said.

Ballingarry rider Billy Lee had his first winner of the week in the lucrative nightcap Tuesday at Listowel as Best On Stage, sent off 9-2, won nicely for Paddy Twomey.

And Hayes teamed up with old boss Kevin Prendergast as 17-2 chance Mehnah got up close home in the fillies maiden at Dundalk on debut Friday, the winner a Frankel half-sister to Awtaad. Lee was back among the winners in the next race as 9-1 chance Inca Prince scored on debut for Henry de Bromhead.

Cratloe rider Mark McDonagh had a fine week as he steered 14-1 chance Drumacoo to victory in the M.J. Carroll ARRO Handicap Hurdle for veteran trainer Michael Hourigan, who trains in Patrickswell, Saturday at Listowel.

Noel Meade had one of his biggest Flat successes in many years as Elysium took the Weld Park Stakes under Billy Lee at odds of 12-1. Meade said: "Some people might be surprised by that but I’m not. She’s been showing me that all the time at home and I thought we’d nothing to lose by running here as if she got into the shakeup she’d be worth a few quid."