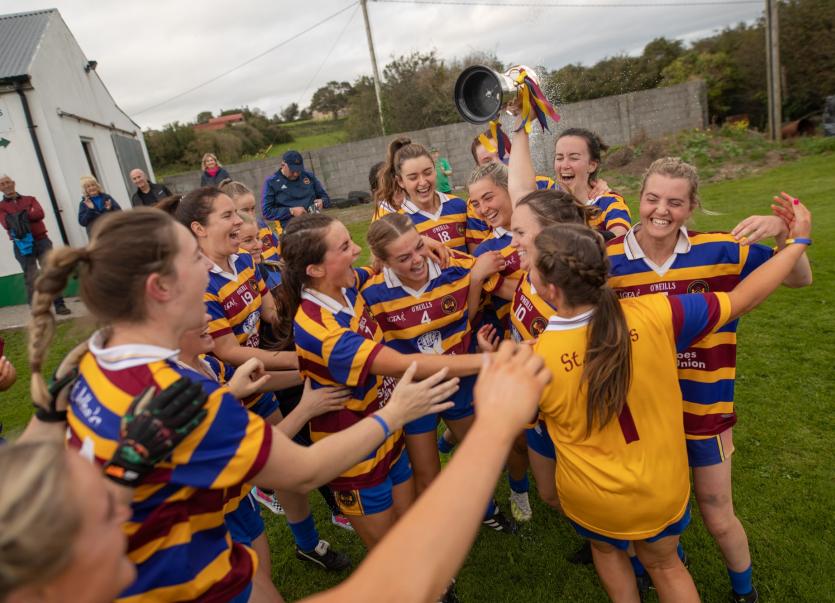 ST Ailbe's retained their Limerick Senior Ladies Football championship title thanks to a hard- fought 0-9 to 1-4 win over Monagea in Knockaderry this afternoon.

The East Limerick side looked comfortable at half time as Paul Butler's side held a five-point lead - 0-6 to 0-1.

But after Catriona Hickey pointed after the interval - putting six between the two sides - Ailbes went 14 minutes without a score.

In the meantime, Monagea slowly came  back into the game and Aisling Corbett levelled terms with a superbly taken goal, straight after the second half water break.

This gave the east Limerick side a much-needed boost, and after Monagea clocked up four wides in a row, Katie Heelan slotted over to secure a two-point win for her side.