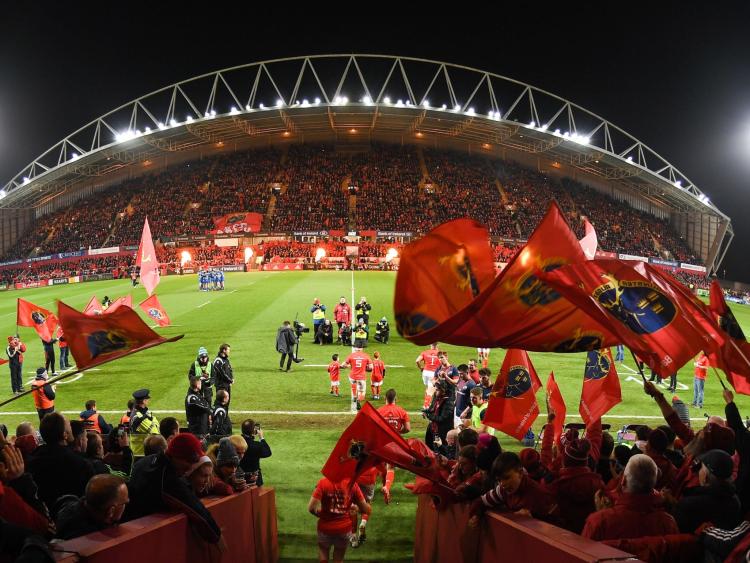 In a new departure, the province will face a number of Monday night games in the early rounds of the competition.

The first Monday night game will occur in Round 3 when Munster host Cardiff Blues at Thomond Park on October 26 as the Guinness PRO14 enters the week day prime-time market with an 8.15pm kick-off slot.

Munster will also host Zebre at Thomond Park on Monday, November 30 at 8.15pm.

In total, 14 Monday night fixtures will take place between Rounds 3 and 8 with scheduling aimed at preventing direct clashes with the extended international calendar, allowing fans to put their full support behind club and country.

With the finale of the Guinness Six Nations and the Autumn Nations Cup taking place from October through to early December, the majority of Guinness PRO14 fixtures during this time will take place on Sundays and Mondays. Where possible, Monday night fixtures have been set across two time slots of 6pm and 8.15pm.

Munster kick-off their Guinness Pro14 campaign for the 2020/2021 season with an away date against Scarlets in Wales on Saturday, October 3 at 3pm.

Munster's first home game of the campaign will be against Edinburgh at Thomond Park on Saturday, October 10 at 7.35pm.

Rounds 9, 10 and 11 of the Guinness PRO14 will feature the fierce derby matches across Ireland, the UK and Italy and the scheduling for those games will occur in due course.

Munster are due to host Leinster at Thomond Park over the Christmas period.

Dominic McKay, Chairman of PRO14 Rugby, said: “Thanks to the buy-in and support from our teams and broadcasters we believe we have delivered an innovative solution to the challenges posed to us by the international rugby calendar. Playing on Monday nights provides the Guinness PRO14 with a unique platform in the rugby market and enables us to make the most of playing through such a busy time for our sport.

Munster exited last season's Guinness Pro14 at the semi-final stage when suffering a disappointing defeat to Leinster at the Aviva Stadium earlier this month.