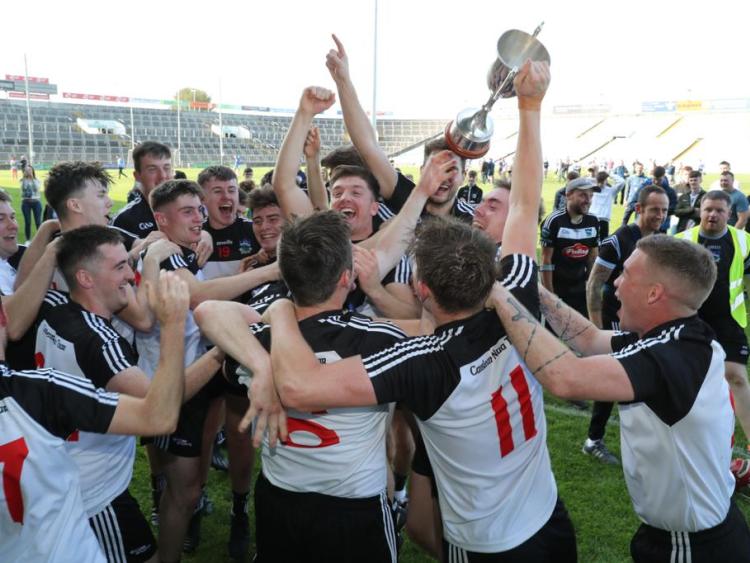 Newcastle West recorded a nail-biting 1-24 to 1-22 success after extra time in sun-drenched conditions.

Na Piarsaigh had been hoping to add the county intermediate title to the senior crown the Caherdavin won so emphatically on Saturday night.

The sides had finished deadlocked 1-15 each at the end of normal time after Na Piarsaigh rallied from five points in arrears late on to force extra time.

And the teams were level 1-20 each at half time in extra time.

Leading through most of normal time, Newcastle West were suckered by an equalising injury-time free and were left chasing the equaliser through the two tit-for-tat added periods before
finally plundering the winner.

Like any ding-dong contest, free-takers played a deciding role and, while they missed a chance or two at vital moments, Diarmuid Moran Kelly and James Daly kept their nerve to end up with matching tallies of 1-11.

Scoring slowed down in the second half of extra time, before Mark Kelly edged the Magpies ahead, Kieran Daly then levelled, tired legs were failing to convert opportunities before Brian Nix gave Newcastle hope only for Daly to nullify with a free but in time added on to added time, Eoin Hurley restored their lead and Aaron McCarthy made sure before Mike Sexton's whistle finally blew.