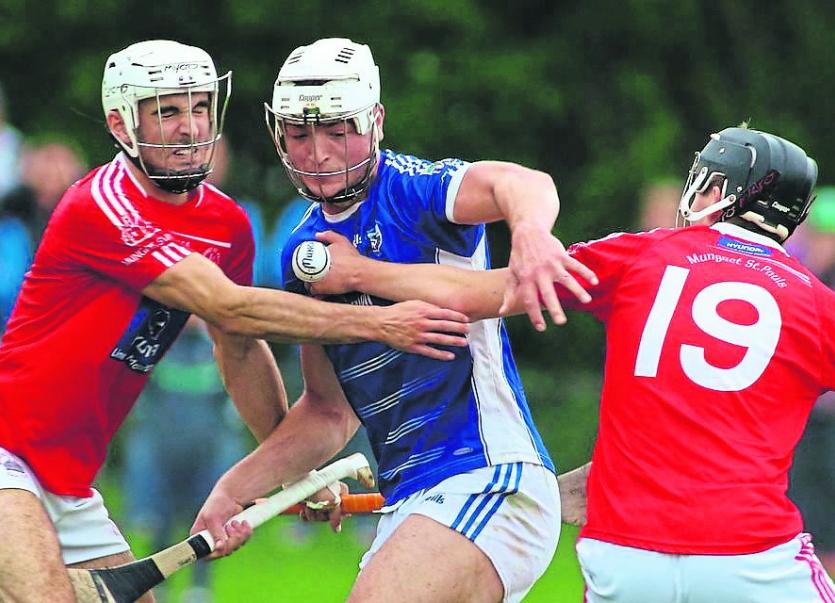 KYLE Hayes has already captained Limerick at minor and U21 level and on Sunday captains his club Kildimo-Pallaskenry into the Lyons of Limerick Premier IHC final.

The men in blue and white return to the final which they lost to Blackrock after a replay 12-months ago.

Not yet 22 years old, Hayes has already won Munster and All-Ireland U21 and senior tiles with Limerick as well as a National League medal.

On Sunday, at club level, he seeks another adult championship title - to add to the 2017 IHC final win over Glenroe.

"Obviously it was different this year when the format had to be split up into two groups of four. We said that it might suit us as long as as we built momentum and kept it going for the group games," he explained of the Covid-19 restricted championship.

On Sunday the prize for Kildimo-Pallaskenry and Mungret is promotion up senior.

"The goal was to get back into the final and thankfully we have got there," said Hayes, who scored 1-5 in the semi final win over Bruff.

After final defeat last year and then losing to final opponents Mungret earlier in the championship, motivation won't be short for Kildimo-Pallaskenry.

"I don't think you need much motivation and it doesn't matter who you are playing when it's a county final to try and get up senior," said Hayes.

"We didn't mind who we are playing once we are here in the final again - a county final is all the motivation that you need," he stressed.

Sundays' finalists are no strangers.

"They are only over the road and we have played the last few years - we know eachother pretty well which might make it a bit more interesting!"

Kildimo-Pallaskenry beat Bruff in last Saturday's semi final - Hayes' side were 1-6 to 0-1 clear after 15-minutes in that semi final.

"A quick start always helps in any match you play and it obviously helped today and especially when we were with the wind as well. They were against the wind with their own puckouts and we targeted that and once you get on top with the puckouts it's easy to build from there," he recalled.

The 2018 All-Ireland SHC final Man of the Match had a heavily bandaged hamstring in that semi final.

"We will recover and be 100% - we will train during the week and look forward to it," said Hayes of the first Limerick club hurling championship final of 2020.