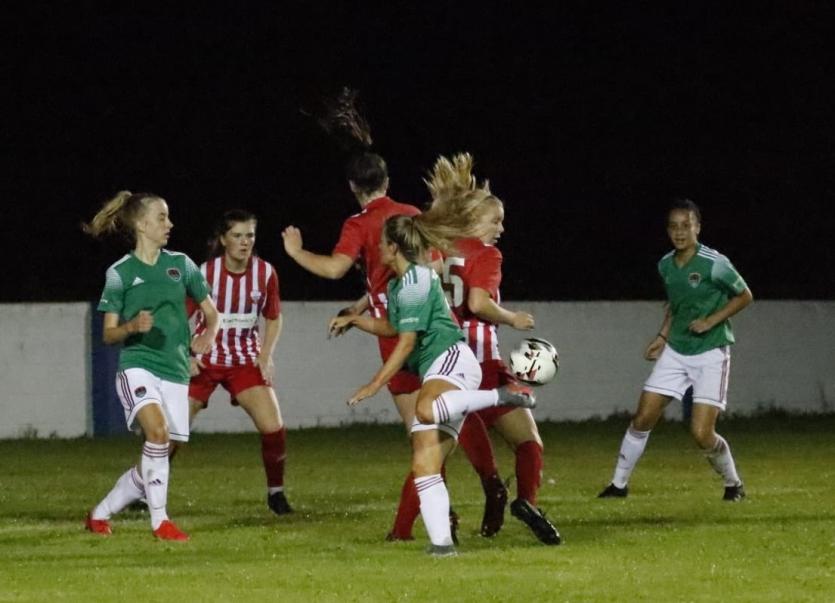 LIMERICK'S Sophie Liston proved the tormentor-in-chief, of Treaty United when grabbing two goals in their 5-2 defeat to Cork City in their rescheduled Women's National League fixture at Jackman Park on Tuesday night.

Newcastle West’s Sophie Liston, who previously played with Limerick FC, Newcastle West and AK United, grabbed a goal in either half as the Leesiders comfortably collected all three points on offer.

Treaty missed their experienced defender and captain Marie Curtin from their line-up due to a hamstring injury. Treaty did create a number of half chances during the game, but the home side were unable to capitalise until late on with those two goals inside the final six minutes.

The Leesiders were clinical in front of goal, availing of the vast majority of the chances which came their way.

Cork City led the Munster derby 2-0 at half-time with goals from Eabha O'Mahony on 18 minutes and the first of Liston's double on 38 minutes as the West Limerick native pounced on a rebound to score.

Liston grabbed a brace shortly after the restart as she fired home from Maria O'Sullivan's pass, while the visitors added two more goals through Christina Dring.

Plucky Treaty United did manage to pull a goal back when the opportunist Aoife Horgan struck for a consolation goal from close range for Dave Rooney's charges after 85 minutes.

And Treaty had a second goal in the 88th minute from Rebecca Horgan's neat finish low into the corner.

Treaty United's next Women's National League fixture is a home date with Wexford at the Markets Field, 2pm.