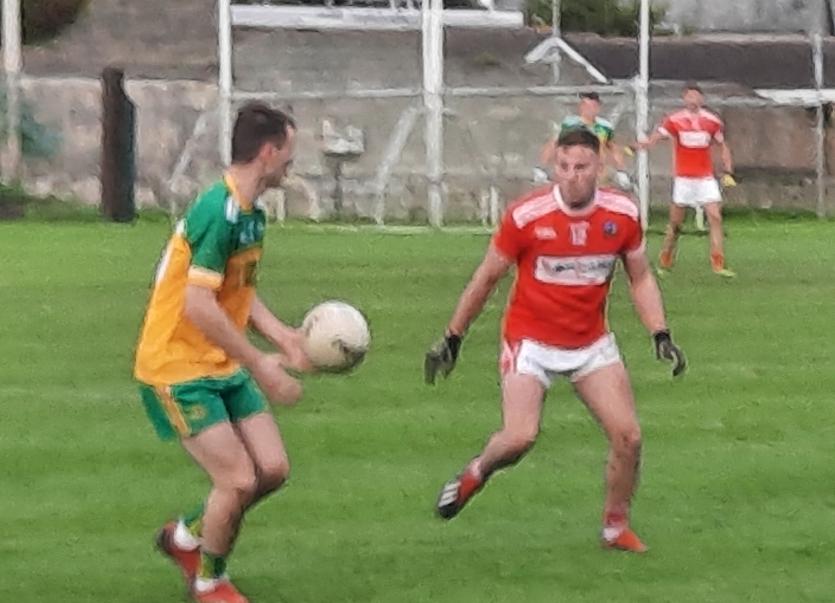 OOLA advanced to the quarter-finals of the Limerick Co SFC as Group 4 winners after recording a deserved 2-8 to 0-8 victory over Ballylanders at Kilmallock on Saturday night.

Both sides had booked their place in the last eight stage of the championship before kick-off. However, it was last season's beaten county finalists Oola who proved the stronger side in this round three clash to set up a quarter-final meeting with Group 3 runners-up Galbally.

Ballylanders, who claimed second spot in Group 4 will take on Group 3 winners Monaleen in another of the quarter-finals.

Oola laid the foundation for this win in the opening half. The winners were good value for their six-point advantage, scoring goals in the first quarter through a Josh Ryan penalty on seven minutes after the influential Ian Bourke was fouled.

Bourke found himself on the end of an excellent Oola move upfield which also featured Dubhan O'Grady, the excellent Tommy Hayes and Mikie O'Brien.

The second Oola goal which saw them double the size of their lead to six points 2-3 to 0-3 was a smashing team score. James Power, Josh Ryan and Keith Bourke combined to set up James Power who produced an excellent finish.

Bally', who had first half points from Danny Frewen, three, all frees and Stephen Fox, kicked seven first half wides.

Two points at the start of the second half from Ballylanders' Eoin O'Mahoney and Ciaran Kelly reduced Oola's lead to four points, 2-4 to 0-6.

However, Oola, boosting by an impressive work rate, regained the initiative and outscored their opponents by 0-4 to 0-2 over the remainder of the game.