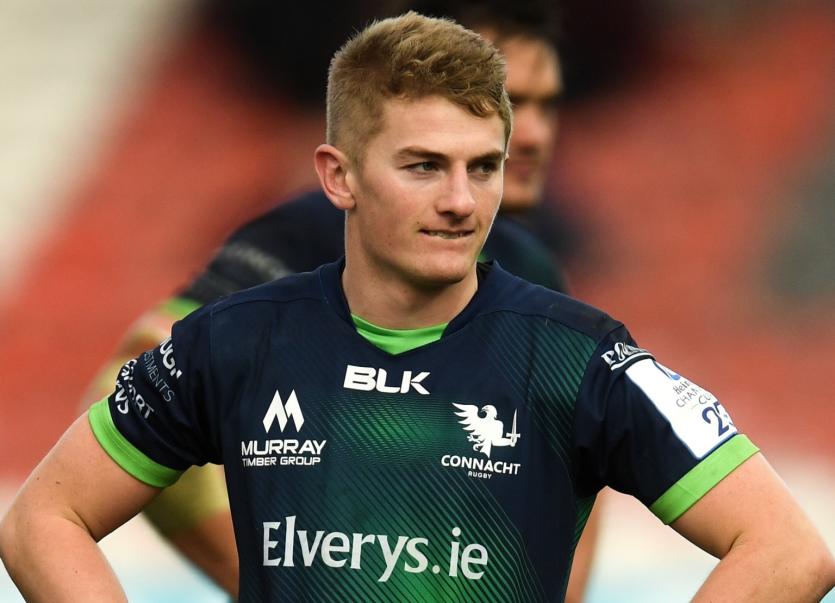 Fitzgerald will come up against his former Munster team mates in the final round regular season fixture.

Fitzgerald's opposite number on Sunday, Munster out-half JJ Hanrahan, revealed this week that former Munster star Simon Zebo referred to the Shannon RFC clubman as the 'young Rog' as a comparison to Ronan O'Gara when he was at the province.

Hanrahan said: "I think Fitzy (Conor Fitzgerald) is a great player. I know Zeebs (Simon Zebo) used to call him young Rog when he was down here and first came into the Academy. He is a quality player and I think he went up there. Sometimes, it can be a bit of a backlog down here and when he went up there he got a second leaf.

Conor Fitzgerald played for Limerick in the 2014 All-Ireland minor hurling decider against Kilkenny at Croke Park.

Fitzgerald played for both Munster and Ireland at U19 and U20 level, including featuring against New Zealand at the World Rugby U20 Championship in Georgia.

The former Ardscoil Ris schools star made his British and Irish Cup debut for Munster A against Nottingham Rugby in October 2017.

Fitzgerald was released from the Munster Academy programme at the end of the 2017/2018 season.

Conor Fitzgerald signed a pro contract with Connacht before the start of the 2019/2020 season.

Fitzgerald will be joined in the Connacht team by two more players who recently played with Munster, centre Sam Arnold and back-row Conor Oliver.