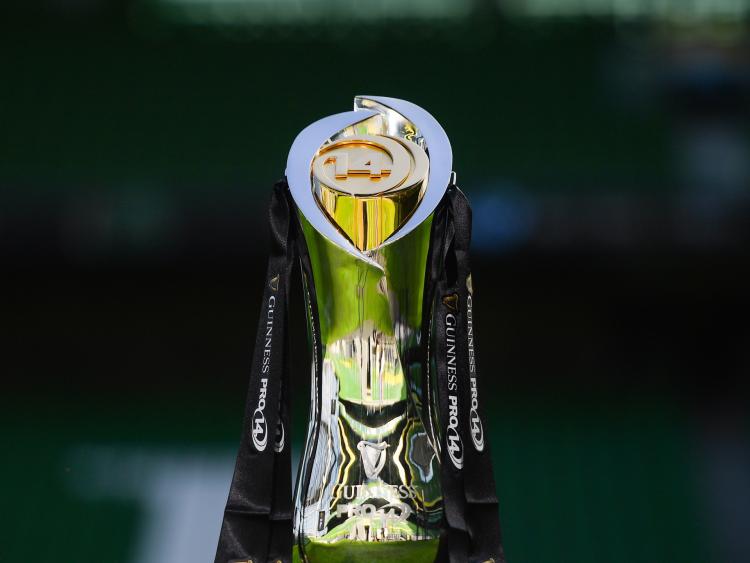 THE final round of regular season fixtures in the 2019/2020 Guinness Pro14 takes place this weekend.

Munster, second-placed in Conference B, complete their programme of games with a return trip to the Aviva Stadium to take on Connacht on Sunday, 3pm.

The top two in each Conference contest the Semi-Finals, with the winners going on to meet in the Grand Final.

Conference A is all tied up after Glasgow Warriors lost to Edinburgh on Saturday to end their slim semi-final prospects.

Leinster had already sealed top spot ahead of the rugby restart but extended their incredible winning streak to 22 games in all competitions with a hard-fought 27-25 victory over Munster.

That means they’ll host whoever finishes second in Conference B in the Semi-Finals – either a rematch against Munster or the surging Scarlets.

Glasgow’s 1872 Cup defeat to their Scottish rivals ensured that Ulster will finish second in Conference A.

Ulster will now take on Edinburgh in one semi-final of the Guinness Pro14 at the start of next month.

Edinburgh’s victory against the Warriors not only booked their place in the Semi-Finals but also sealed top spot.

They lead second-placed Munster by five points heading into Round 15 and with the first tiebreaker being games won if teams end level on points, the Scots’ 11 victories to the Irishmen’s nine means they are uncatchable.

They can head into the Glasgow rematch simply aiming to maintain form ahead of a fascinating Semi-Final against Ulster.

Behind Edinburgh, the last Semi-Final spot is still up for grabs as both Munster and Scarlets remain in the hunt.

Second-placed Munster have a four-point lead over the Welsh region in third but if Scarlets win away to Dragons on Saturday then it’s game on.

A bonus-point triumph would put them one point ahead of Johann van Graan’s injury-stricken Irishmen, who would then need to claim at least two points on Sunday against a Connacht side fresh off an impressive win over Ulster.

Both Munster and Scarlets currently have nine victories, so a win for Glenn Delaney’s side and defeat for Van Graan’s men would hand the tiebreaker to the Welsh region, should the teams end level on points.