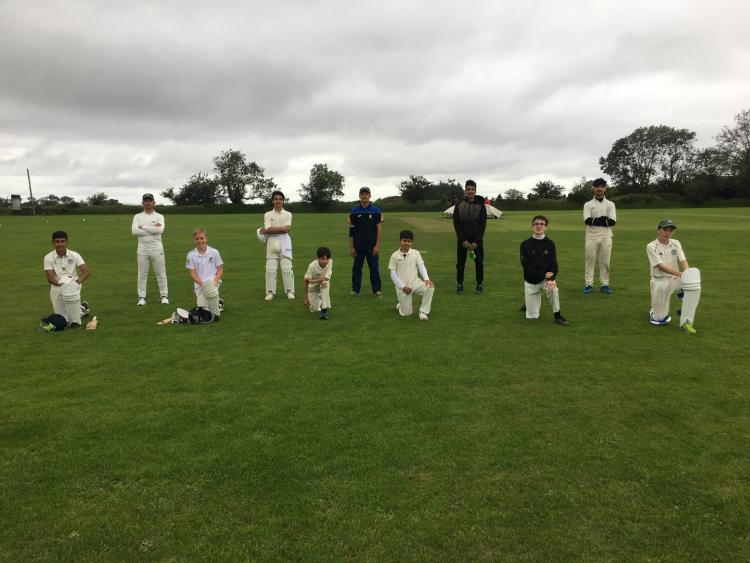 THE Limerick/Rest of Munster U15 side were hosted by Cork Harlequins in Farmer’s Cross on Monday.

The team was joined by Harry Huskinson and Sam Cotter of Lismore CC.

Captain Abdul Baqi Khan won the toss and put Quins in to bat. The Quins batsmen settled in quickly and made life difficult for the Limerick/ROM bowlers, reaching 85-1 after 10 overs.

However, two quick wickets to Baqi turned the tide and the Quins batsmen suddenly found scoring difficult. Baqi went on to record a magnificent return of 5-19.

Mirhamza Ahmadzai and Irfanullah Salozai chipped in with a wicket apiece and there was one run out, leaving Quins on 117 – 8 at the end of their innings.

The Limerick openers took to the task of reaching the target of 118 with relish. Quick running between the wickets, turning leisurely singles in hard run doubles kept the scoreboard ticking over. Zaheer Udin went for 26, while Abdul Baqi (30) and Mosawer Sidiqi (33) both retired on reaching 30.

It fell to Harry Huskinson and Abdul Ahad Khan to see out the innings with the winning runs being hit by Harry. Limerick/ROM’s score was 118-1, a nine wicket victory.

Congratulations to the boys and especially to the two youngest players Ayan Ullah and Eshaan Tanveer who stepped up to the mark by turning out for the team.